As LaVona, some of Janney’s best moments take place when she’s acting opposite a bird
NEON
By Mahita Gajanan

Allison Janney’s dreams of being an Olympic figure skater were shattered when she fell through a plate-glass window during her senior year of high school. Now, a few decades later, she returns to the rink for I, Tonya, Craig Gillespie’s take–part comedic drama, part redemption story–on disgraced U.S. figure skater Tonya Harding.

Janney plays LaVona Golden, the abusive, chain-smoking mother to Tonya (Margot Robbie), whose highly publicized (and debated) involvement in a 1994 attack on rival Nancy Kerrigan made her name a punch line and got her banned from the sport. LaVona, whose characterization is based on interviews the real-life Harding and her ex-husband Jeff Gillooly gave for the movie, is crude, cruel and cutting–in one scene, she chucks a steak knife at her daughter. In another, she tells her, “You skated like a graceless bull dyke.”

Janney sees LaVona’s behavior as a twisted attempt to motivate Tonya and capitalize on her daughter’s raw talent as a ticket out of poverty. “If you’re playing an evil character, you can’t think you’re evil,” says Janney. “She saw that they were not accepting her daughter or herself as being good enough to be part of the skating world. That infuriated them both to keep them in it to win it.” Class struggles permeate the story. LaVona pours all her earnings as a waitress into her daughter’s career, while Tonya, equipped only with hand-sewn costumes and a foul mouth, can’t conform to the skating world’s upper-crust standards.

LaVona eviscerates nearly everyone in her path. But her best moments–and the ones that make her, on occasion, almost likable–come when she is justifying her behavior directly to the camera, accompanied by her favorite co-star, a bird named Little Man. “I knew the only way to make it look like that bird was mine was to ignore it as much as possible,” she says. “It was almost like he knew, like, ‘Oh yeah? I will not be ignored.'”

Janney relished returning to the rink but says her best skating moves are behind her. As for what’s ahead? “I’m thinking of getting a bird now.” 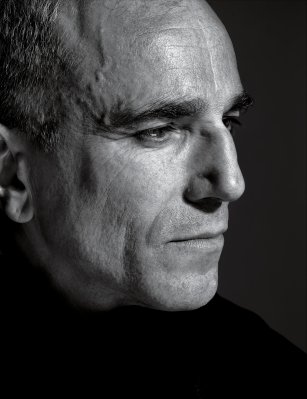 Phantom Thread Is Shrouded in Mystery as Daniel Day-Lewis' Final Act
Next Up: Editor's Pick