Eleven years ago, it was my 26-year-old son, who was killed with an illegal gun in a dispute over $300.

Gun violence was never a thought our family encountered, and now our days are defined by reminders of Jaron’s death. To say our world is forever changed is to state the obvious. Grieving is lifelong; sadness and pain will never go away for the families and friends devastated by fatal shootings.

But what’s saddest of all is the way gun deaths are treated by lawmakers. If Jaron had died from a disease, one that kills approximately 33,000 people every year, our family would rest assured that massive efforts were underway to counteract such a devastating threat to public health.

If gun deaths were caused by a disease, our country would never leave this issue to fester and grow, but would tackle it as a solvable problem. Health officials and aid workers would swiftly respond to stop contamination. Researchers and scientists would study it and produce solutions to avoid new outbreaks. Policies would be adopted to provide emergency funding. Citizens would dump buckets of ice on their heads to raise awareness. Foundations would announce grand missions to eradicate the epidemic through research and technology.

But gun violence is not a disease. And so tens of thousands of Americans die preventable deaths, including those who commit suicide by gun and the unintended deaths of children. And yet, we know that gun violence, like many diseases, is a solvable problem. States that restrict assault weapons have the lowest per capita homicide rates, and expanded background checks have been shown to reduce gun violence.

Those are just a couple of examples of the many approaches — large and small — that might have prevented the death of my son and so many others. We know from our nation’s history that innovative approaches, combined with a consensus on the need for change, can reverse even a steep upward trend. When the number of people dying in car accidents soared, the government, scientists and the auto industry conducted research and engineered better safety measures in cars. Now, seat belts and air bags save thousands of lives every day. Working together our country reduced traffic deaths. We decreased deaths from HIV. We virtually eradicated polio from the West. Now, we need to do what it takes to keep Americans safe from gun violence.

Our politicians have failed to protect families like mine, and in Sutherland Springs, Thornton, Las Vegas and all around the country. So it’s up to individuals to create massive public pressure for change. Groups around the country are uniting to take action. Everytown for Gun Safety has some 4 million members, and Moms Demand Action for Gun Sense in America, an arm of Everytown, provides an educational program focused on safe gun ownership that reduces unintentional deaths of children. Giffords: The Courage to Fight Gun Violence is a political action committee that backs candidates committed to gun safety.

Supporting these groups is an important first step in creating the public outcry needed to save lives, something every concerned American should do today. The media often refers to gun violence as an “epidemic” — it’s time for all of us to start treating it like one.

Joan Gilbert is a retired K-12 science educator in Tucson. 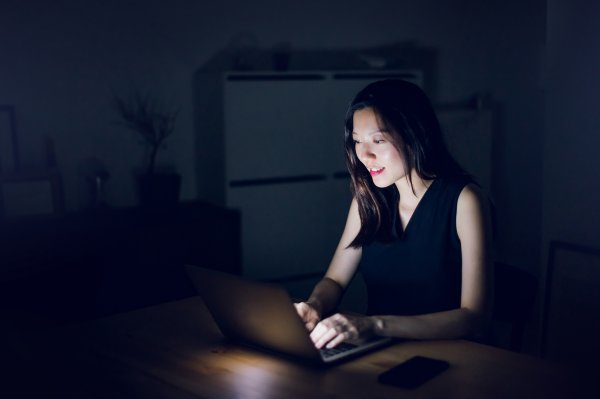 How to Stay Focused at Work When It Gets Dark at 4 P.M.
Next Up: Editor's Pick