We won’t deny it: Losing your job sucks, no matter the reason. And here at The Muse, we want to do everything we can to help you get back on your feet and into a position you love.

But while we believe the job search process takes (a lot of) work, we also believe in self-care—a.k.a., giving yourself time to relax, rewind, and recover between applications, interviews, and networking events.

So, we talked to nine individuals who traveled the globe, rediscovered hobbies, and picked up new skills while unemployed—and some who were even able to turn these experiences into new career opportunities:

Read More: What Every Unemployed Person Needs to Know About Getting Hired Again

Julie Bane was a QA Consultant before being laid off in 2010. Because she had a fear of public speaking, she decided to use her time away from work to improve upon this.

“I went to Toastmasters and took improv classes to work through it,” she says. “Then, I participated in a stand-up comedy contest!” Even today Julie continues to perform at clubs, fundraisers, and corporate functions.

2. I Learned How to Code

Periods of unemployment can be a great time to pick up some new skills. That’s why Cristian Rennella, previously a local restaurant manager, decided to teach himself how to code:

“Thanks to the internet, I could teach myself how to program at no cost and start a new life in which I could even start my own company!” he says. He went on to found MelhorEmprestimo, the largest comparison site in Latin America.

3. I Did Neglected Household Renovations

After a company downsizing, Timothy Wiedman, an area manager, decided to use his free time to tackle household renovations he’d neglected while at work.

“I started with a maple desk that had been in my bedroom when I was a little kid,” he says, “[By the time] I started my new job, I’d rebuilt and refinished an old wooden chair to match the desk and refurbished a 70-year-old lamp table that had originally belonged to my great aunt. Everything turned out great, and I got some real ‘psychic rewards’ from spending my free time on those projects while I was unemployed!”

4. I Started Swimming—With a Mermaid Tail

Shannon Drauch, a social media manager, was devastated after parting ways with a major television network. In order to cheer herself up, she decided to tap into her childhood dreams by learning to swim with a homemade mermaid tail:

“I found that it was really great cardio, fun, and new, and best of all, it made me feel magical. A woman in her 30’s in the television industry has a lot of beauties around at any given time. It was an unexpected bonus to feel beautiful and empowered in a unique way.”

She’s now been swimming for more than four years and spends her spare volunteering as the Make-a-Wish Foundation’s real, live mermaid.

Carol Gee worked for Emory University as their Coordinator of Educational Programs before being laid off. To keep herself sane during the job search process, she decided to write her second novel.

“It allowed me to take some time to exhale, and gave me a sense of accomplishment,” she says.

During a period of unemployment, Bethany Geschke, previously Activity Director for an assisted living community, decided to volunteer her time for the South Lake County Regional Community Emergency Response Team.

“That decision led me to planning classes and teaching disaster preparedness and response skills to our new members. [I also] regularly assisted our local police and fire departments. I am employed now, but I still devote a significant amount of my free time to the team,” she says.

Read More: How to Deal With Being the Only Unemployed Friend

7. I Hiked the Pacific Crest Trail

Garrett Menghini was an aerospace engineer before becoming unemployed in 2016. During that time, he hiked all 2,650 miles of the Pacific Crest Trail.

8. I Participated in a Meditation Retreat

“Through this course, I came to realize that everything in this world, no matter how magical or terrible it might seem, is impermanent. Doing so has allowed me to minimize my unhappy thoughts and live more joyfully, a mentality that has pervaded both my personal and professional life,” he adds.

9. I Started a Podcast

Itamar Zur was a corporate lawyer who couldn’t find a job. Then, he had an epiphany: “If nobody wants to invite us for a job interview, why don’t we invite them to interview with us?”

After talking with his best friend, Idan Hershko, the two decided to start a podcast doing just that. They interviewed top corporate executives and entrepreneurs and gained valuable career insight as they did so. “We didn’t do it for the money, and we didn’t earn any money,” he says, “but we loved it and we learned so much in the process.”

Eventually, the podcast’s success led to Itamar’s acceptance into Harvard Business School. He graduated in May!

Nothing changes the fact that being unemployed is challenging—and if you’re not sure what your next steps should be, we have plenty of advice for you. But finding ways to incorporate outside hobbies that you enjoy into the job search process can enrich your life (and career) in ways you can’t even imagine. And, it might just make the time go by just a bit faster.

This article originally appeared on TheMuse.com 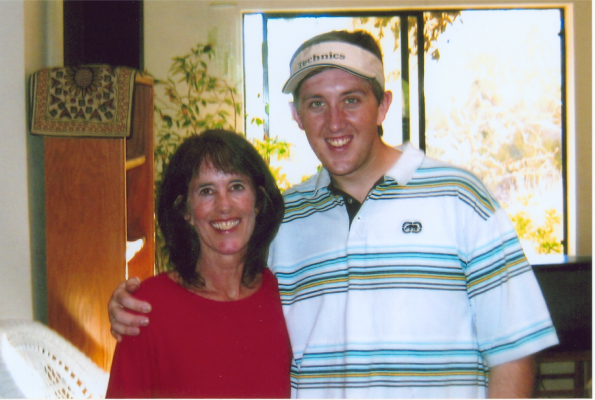 My Son's Murder Made Me Realize We Need to Treat Gun Violence Like a Disease
Next Up: Editor's Pick