A Family Says Their 3-Year-Old Died From Eating Grilled Cheese and Teachers Never Called 911. Now They Have To

Elijah Silvera died at Harlem Hospital on Nov. 3 after eating a grilled cheese sandwich at Harlem’s Seventh Avenue Center for Family Services and going into anaphylactic shock, his family said. Staff members knew that the toddler was severely allergic to dairy but still served him the sandwich, according to a GoFundMe page launched on behalf of Silvera’s mother, Ondina Hawthorne-Silvera.

The incident is still under investigation, and the New York City Office of Chief Medical Examiner told TIME an official cause of death is not expected for about a week.

The New York City Fire Department, which handles ambulance dispatches for the city, told TIME last week it had no record of transporting Silvera.

The Seventh Avenue Center for Family Services was closed in the aftermath of the incident, and remains closed while investigations proceed.

“There is nothing more important than the safety of our children and we are deeply saddened by this tragedy. We will get to the bottom of what happened here,” a spokesperson for Department of Health and Mental Hygiene said in a statement last week. “In the meantime, we closed the Center for Family Services and continuing to aggressively investigate what happened and whether the facility could have done something differently to prevent this tragedy.”

Silvera’s parents, meanwhile, said via a statement posted on their GoFundMe page that they will continue to fight for the health and safety of other children with serious allergies.

“As Elijah’s parents,” they wrote, “we will use our voices to draw attention to *completely preventable* life-threatening allergic reactions in U.S. daycares and schools. These preventable tragedies must come to an end.” 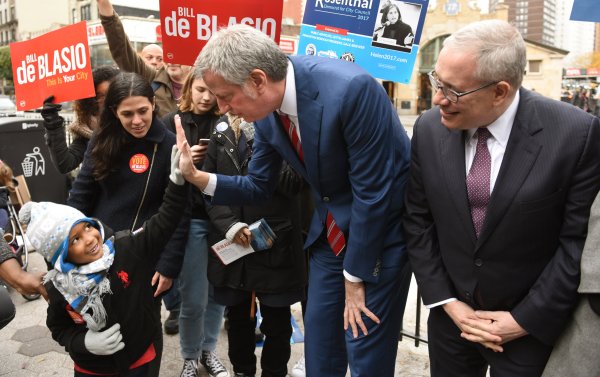