A Florida man who was charged Sunday with making and possessing a destructive device “could have blown up the block” with his collection of potentially explosive devices, which included a grenade and a rigged SpongeBob SquarePants lunch box, authorities said Monday.

Christopher Langer, 31, allegedly had about 200 containers of unknown powders, acids and urine inside his parents’ home in DeBary, Fla., according to Volusia County Sheriff Mike Chitwood. “He has all the components in there to make a weapon of mass destruction,” the sheriff said at a news conference.

Authorities painted Langer as a troubled, anti-government heroin addict who sought to “get even” by hurting first responders, Chitwood told reporters. Two weeks ago, authorities revived Langer with Narcan after he overdosed on heroin at his home.

Volusia County sheriff’s deputies responded to the same house late Sunday afternoon after receiving a domestic disturbance call. Langer, who was intoxicated, had been arguing with his parents, the sheriff’s office said in a statement.

In the backyard on Sunday, authorities found a hand grenade that had “everything in it but the powder,” Chitwood said. A second possible explosive device in a lunchbox was also recovered. “He could have blown up the block,” Chitwood said.

Local authorities on Monday released several photos showing what they said they recovered from Langer’s home, including manuals about booby traps and bombs.

Langer was charged with making and possessing a destructive device and is being held in jail without bail, authorities said. 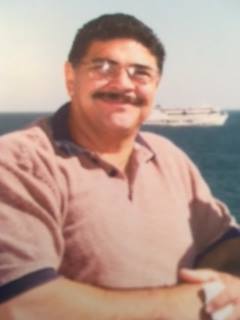 'A Special Kind of Evil.' Veteran Shot Dead on Veterans Day While Trying to Help Stranger
Next Up: Editor's Pick