As soon as Taylor Swift’s Reputation dropped last week, fans put on their detective hats to speculate who the songs might be about with a historically deep dive into the lyrics.

The 27-year-old pop star knows her songwriting is ripe for guesswork about her personal life, so Swift got ahead of the theories with an essay.

“When this album comes out, gossip blogs will scour the lyrics for the men they can attribute to each song, as if the inspiration for music is as simple and basic as a paternity test,” she wrote in her Reputation companion zines. “There will be slideshows of photos backing up each incorrect theory, because it’s 2017 and if you didn’t see a picture of it, it couldn’t have happened right?”

But that prologue didn’t stop Swift’s album from giving the internet a new “dress” to freak out about with the whispery twelfth track “Dress.” When it came to the lyrics, “Say my name and everything just stops / I don’t want you like a best friend,” some suggested the theory that the “best friend” was pal Ed Sheeran.

So when Sheeran went on a livestream with Augustman, he was happy to say that the song couldn’t possibly about be about him. Why? He doesn’t have the hair.

“I don’t think it is. I think if you read into it…it’s not…You know, because she mentions someone with a buzzcut hair cut, and I’ve never had a buzz cut hair cut,” he said. 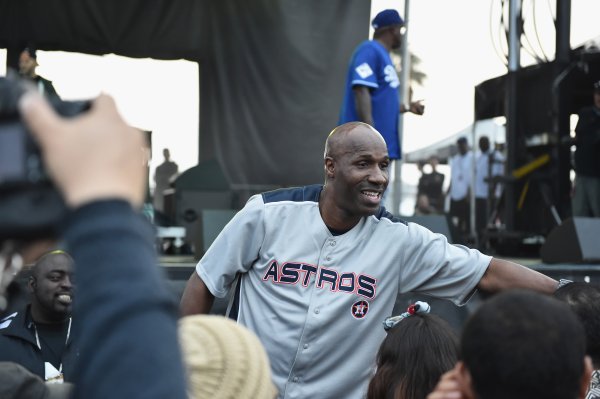 The Rapper Behind That Office Space Song Doesn't Want Anyone Smashing Keurigs to His Music
Next Up: Editor's Pick