Historians Still Have a Lot to Learn About Adolf Hitler. Here’s Why

When I first embarked on my quest to unravel the enigma of how Hitler became Hitler, I desperately tried to find one particular missing piece of that puzzle. The missing piece I wanted to find was that of Hitler’s commanding officer in World War I, who had been Jewish. I knew that the man, Hugo Gutmann, had immigrated to America and metamorphosed into Henry G. Grant. Yet all my detective work remained futile until the day of a chance encounter in a museum in Berlin between a friend of mine and the great-nephew of Gutmann, who was eager to find out more about the relationship between his great-uncle and the Nazi dictator.

Soon thereafter I was sitting in the living room of Gutmann’s wonderful daughter-in-law in Chicago. Over bagels, sweets and much laughter, she shared with me the story of her family and gave me access to all the papers she had just found amongst the belongings of her recently deceased husband. The story that emerged from those documents will form the backbone of a fictionalized TV adaption of my first book on Hitler. It is the story of a Jew who had perfectly normal interactions with Hitler during World War One, but who, under dramatic circumstances and aided by some of Hitler’s wartime peers, had to flee the country, and whose son returned to Germany with U.S. forces in 1945 to defeat his father’s former soldier.

To my great surprise it was not just Hugo Gutmann’s family who invited me into their home. Descendants of perpetrators and victims alike have opened their doors to me in researching both my books on Hitler. I started to ask myself why even families of perpetrators where so open to me. My research assistant finally asked them. Their response was simply to say that we had asked and that they got the sense that we wanted to understand them, not judge them. Yet I soon realized that another reason was crucial.

We are amidst the passing of the generation who experienced World War II, the Holocaust and the Third Reich as adults. That generation – irrespective of whether people were perpetrators or victims – in many cases found it extremely difficult and painful to speak to their families about the darkest chapters of their lives. For the same reason, they often held onto documentation from that part of their lives but felt unable to share it with their families, let alone researchers or journalists.

With their passing, their children and grandchildren tend to be curious to figure out how their parents or grandparents had been affected by the horrors of the war of the worlds of the 1930s and 1940s. They always knew that there was “something” there that was not really talked about. They also sensed that that “something” provides the key to understanding who their parents and grandparents, and ultimately even who they themselves, were. Yet they could not really embark on the quest of understanding without opening the psychological wounds of loved ones.

These children and grandchildren – just as in the case of Hugo Gutmann’s daughter-in-law – may find amongst the possessions of their deceased family members documents pertaining to the most traumatic episodes of their lives. Curious what these documents mean, they are often very happy to share them with researchers in the hope of making sense of their families and their own lives.

Yet there also is a great danger here. It is the danger that we are wholly unprepared for this new wave of documentation, particularly that we are not psychologically prepared and empathetic towards the emergence of new perpetrator testimony. No doubt every day evidence relating to Holocaust-era crimes end up in the garbage or burned as families sort through the possessions of their deceased parents and grandparents. The danger is less that people are too embarrassed to share the material than that only people with an unhealthy interest in Hitler will appreciate them. The same is true of existing private collections that over the years have tried to rescue perpetrator testimony.

We owe it both to the victims of Holocaust-era crimes and to the members of the “greatest generation” who put their lives on the line to defeat Hitler to prevent newly emerging documents from being destroyed or from disappearing into dark channels. Because the Nazis made a concerted effort to destroy evidence of their own crimes as the war neared its conclusion, the testimony of survivors is in many cases the only evidence that remains — and, as a result, a high percentage (at least half, by some counts) of Nazi Germany’s crimes remain unrecorded. Unless we manage to decode the remaining enigmas of the Third Reich, we might well look for the wrong warning signs about new challenges to civilization.

Thomas Weber is Professor of History and International Affairs at the University of Aberdeen, and author of the recently-published book Becoming Hitler. 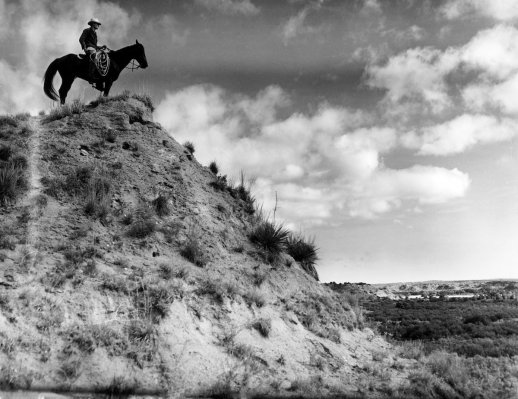 How a 1947 TIME Story Exposed the Darkness Behind Nostalgia for the Old West
Next Up: Editor's Pick