Apu tells Marge's congregation how they can collect enough money to repair their church in the 'Sky Police' episode of The Simpsons.
FOX—FOX via Getty Images
By Kate Samuelson

“I hate Apu.” That’s what Designated Survivor actor Kal Penn tells comic Hari Kondabolu in the trailer for a new documentary called The Problem With Apu, out Nov. 19. “And then because of that I disliked The Simpsons.”

“I loved The Simpsons because…” Kondabolu starts to reply, but his sentence is finished by Penn who tells him: “You hate yourself.”

The problematic cartoon character Apu Nahasapeemapetilon, an Indian immigrant in the fictional town of Springfield, where he is proprietor of the local Kwik-E-Mart, is at the heart of Kondabolu’s new documentary, which explores the stereotyped character and how his own childhood was lacking any realistic, positive South Asian role models in popular culture.

The 35-year-old comedian from New York City was inspired to create the short film, which will be shown on TruTV Sunday, when a monologue he delivered about the troublesome character on the late night talk show Totally Biased with W. Kamau Bell went viral.

Kondabolu’s amusing yet dispiriting segment quickly went viral. “It was all over the Internet and it was passed around in classrooms,” he told NBC News. “I didn’t expect it to have the impact that it made.”

For the documentary, Kondabolu spoke to various influential Asian comedians and public figures like Master of None creator and star Aziz Ansari and The Daily Show‘s Aasif Mandvi, as well as other significant people of color including Whoopi Goldberg. Many agreed that the portrayal of Apu was problematic and helped create a stereotypical and negative view of Asians.

In an interview with ABC, Kondabolu said the Sept. 11, 2001 terrorist attacks helped enlighten him about the issues surrounding characters such as Apu. “What did I know from how South Asians were portrayed in the media [prior to 9/11]? Accents made people laugh,” he said. “We weren’t full people, we didn’t need to be full people, we just had to be caricatures. I wasn’t given many role models. … I know from watching The Simpsons at least that if I used accents I would make people laugh, and that was what comedy was.”

After 9/11, Kondabolu said he stopped using Asian accents as a vehicle to make his audience laugh. “Having a public stage is such a privilege — even at that level as an 18, 19 or 20-year-old with a college audience it was a privilege, and I knew that I had a voice and people would listen to it and there was some level of influence there,” he said. “Post 9/11, a lot of us woke up at the same time.”

Watch a trailer for Kondabolu’s The Problem With Apu, out Nov. 19, below. 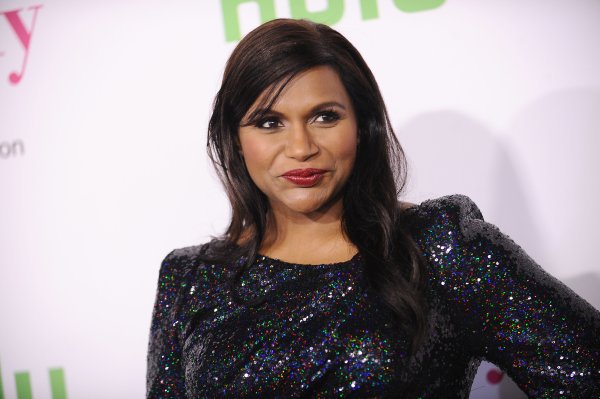 Season 6 Will be the Last for The Mindy Project
Next Up: Editor's Pick