California Is Adopting LGBT-Inclusive History Textbooks. It's the Latest Chapter in a Centuries-Long Fight

Fourth-graders in California will soon be learning the story of a stagecoach driver named Charley Parkhurst, who is described by the California state parks department as a tobacco-chewer, a bandit-shooter and one of the best in the biz. Like other drivers, Parkhurst became part of the historical fabric of California during the wild growth that followed the Gold Rush. Unlike other drivers, “One-eyed Charley” wore an eyepatch. And, after Parkhurst’s death, a coroner discovered an even more singular attribute: Parkhurst had been born as a woman, even though he lived as a man for decades.

Six years ago, California became the first state to mandate that students be taught about the contributions of and trials faced by LGBT people in social studies classes. It remains the only state to have such a law on the books. Now, after many delays and much wrangling over the details — including a failed attempt to nix the law by conservative groups — state officials reached a milestone this November when they voted to approve the first revised K-8 textbooks to include the mandated material.

Advocates say that this puts the LGBT community on equal footing with other groups that kids in California already learn about, as students study the history of black Americans and farm laborers, women suffragists and Holocaust survivors.

It’s a change that’s seen as urgent by those who pushed to pass the law, the FAIR Education Act, which was spurred by a wave of suicides among LGBT youth. For kids to understand that lesbian, gay, bisexual and transgender people “are part of our collective community, past and present, is a way for everyone to understand they belong,” says Don Romesburg, a professor of women’s and gender studies at Sonoma State University who has consulted on the curriculum. Romesburg notes that LGBT youth continue to experience outsized rates of bullying, family rejection and depression.

Experts have been working on how best to include these stories in age-appropriate and relevant ways, training teachers on how to navigate potentially complex topics like gender and sexual orientation at a time when kids are also learning about multiplication and color wheels.

Romesburg, who is part of an advisory group called the FAIR Education Implementation Coalition, delves into Parkhurst’s story by way of example. He and other scholars who specialize in LGBT history recommended that One-eyed Charley be referred to as he and not she, since he lived as a man for most of his adult life, but students won’t find the word transgender in their textbooks (in part because that word did not exist in the 1800s). What they will have, he says, is a story that gives them reason to consider why someone might do what Parkhurst did, especially in an era when women were restricted in their ability to travel, their ability to generate income and their ability to vote — not to mention physically restricted by their clothing. They might also realize “that some people want to live a more gender-diverse life than their society confines them to,” Romesburg says.

Is fourth grade too early to be delving into the nuances of gender identity and society’s expectations about what roles people will play based on their anatomy? Advocates point out that kids are already navigating those nuances and exploring their own genders in elementary school, whether they’re playing dress up or being asked to divide themselves into lines of boys and girls.

This change to the California curriculum is just the latest example of an age-old but crucial educational controversy, as adults decide which version of the past the next generation will learn about.

Fighting over whose version of history is told in American schools goes back at least to the mid-1800s, as educators clashed over narratives about slavery and the Civil War. But political wheels really began turning when places like Texas started adopting textbooks at the state rather than local level at the end of that century, says Schoolbook Nation author Joseph Moreau. “It created this framework where interest groups could go to one place and one committee to lobby for a different treatment of history,” he explains.

Publishers tended to listen to the dictates of legislatures, especially in valuable markets like Texas or California. “You do whatever you think the textbook committee is going to demand,” Moreau says. That remains true today. At the November meeting, California state officials approved 10 textbooks and rejected two others for not sufficiently including the stories of LGBT people, which is a loss for the publisher. Past analyses have suggested that Florida, Texas and California alone might account for almost a third of the education book publishing market. And by the fall of 2020, it’s estimated that there will be about 6.5 million K-12 students in California, the largest population of any state.

Over the centuries, Catholics have lobbied for versions of history that didn’t give credit for America’s founding entirely to intrepid Protestants. Native Americans have pointed out that “friendly” Squanto was something of a traitor to his own people. Black Americans, who made big pushes for more integrated versions of history during the 1960s, have railed against narratives that depicted former slaves “being befuddled by emancipation and wishing for the return to Golden Days,” Moreau says.

Along the way there have been tensions between those who argued that it was nationally important to craft a single, unifying version of the American story to pass down to the next generation (which has often been told from a white, male, Eurocentric perspective in the past) and those who argued that doing so meant that the vantage points of marginalized groups would be lost. “Publishers always wanted one consensus narrative because it was cheaper that way,” Moreau says. But that often wasn’t possible, with different states putting different titles on their lists of approved books.

There’s more than one way to be inclusive. Moreau, who also teaches history at a high school in New York City, describes them as contributions and conflicts. A classic example of the “contribution” version of inclusion might be a sidebar on the inventiveness of George Washington Carver, whereas the “conflict” version would be a textbook that conveyed racial clashes over Western expansion. The former can be an easy revision but the latter often gets closer to the reality of the past. And, Moreau argues, it makes for a more compelling story too. He says recent decades of textbook battles have been defined by “an effort to move beyond a contribution narrative, to actually deal with conflict that brings diverse groups together.”

In California, kids will get bits of both at different ages when it comes to LGBT figures. In second grade, when kids learn about family and community history, for example, they might see depictions of families with single parents and foster parents, as well as those with two moms or dads. When eighth graders learn about 19th-century U.S. history, including the ravaging of Native American sovereignty and culture, they might delve into notions of gender that were also minimized by assimilation. Individuals described as two-spirit, who did not fit neatly into the categories of male or female, have historically been venerated in some tribes.

By the time they’re in 11th grade and learning about modern U.S. history, the updated state framework suggests teaching students about the Lavender Scare, the frenzied push to ferret out homosexuals in government and companies that contracted with the government around the time of the Red Scare. The upshot was that less than 50 years ago, openly gay people weren’t allowed to have federal government jobs. Openly gay and lesbian immigrants could be turned away until 1990, too. Teachers “don’t have to take a view on whether it’s good or bad, for or against LGBT rights,” Romesburg says. “It’s a historical phenomenon that occurred.”

Tough questions can arise when it comes to determining what information is relevant for kids to learn, as well as age appropriate. For example, advocates have pushed for it to be noted that historical figures like astronaut Sally Ride had same-sex relationships, but should teachers pass on information about the romantic partners of some trailblazers and not others? Romesburg says that this kind of inclusion is warranted for two reasons. One, there is an expectation that every historical figure is straight unless told otherwise. The second is simply the value of showing students, straight or otherwise, that people of all demographics can do “remarkable things.”

Changing textbooks is a slow process, just like changing attitudes. Moreau says that controversy over history lessons has often crystallized in one place before spreading to others. It will likely be years before the California curriculum is reflected in the mandates of less progressive states. But Romesburg, as well as other advocates, believe this will one of those times when California sets a precedent that others follow. The changes are about giving students “a more realistic understanding of the past,” he says, “and a vocabulary for the present.” 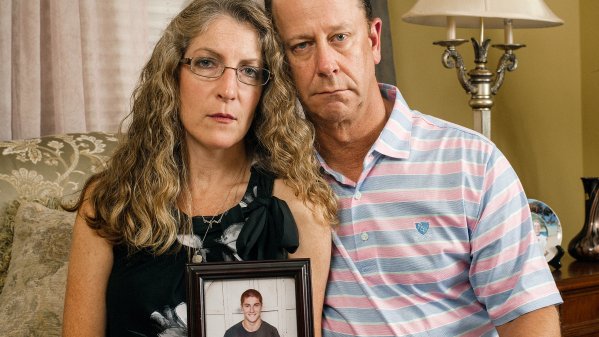 ‘They Left Him to Die Alone.’ Penn State Hazing Victim's Dad Says Fraternity Members Must Be Held Accountable
Next Up: Editor's Pick