Jeff Flake: There Is 'No Doubt' I'd Support a Democrat Over Roy Moore

“If this choice is between Roy Moore and a Democrat, a Democrat,” Flake told reporters Monday after questioned about who he would support.

“I would literally — if I were in Alabama — I would run to the polling place to vote for the Democrat,” Flake added, later tweeting the same sentiment.

Flake, who last month announced he would not seek re-election to Senate following his highly-publicized criticism of President Donald Trump, made his recent comments in the wake of sexual assault allegations against Moore involving minors.

A fifth accuser, Beverly Young Nelson, said in a Monday news conference that Moore assaulted her when she was 16. The Washington Post detailed the other four women who made allegations against Moore in a report last week.

Republicans in the Senate, including Majority Leader Mitch McConnell, said Moore should step aside in light of the latest accusations. Flake said that if Moore manages to get elected, he would back calls to expel Moore from the Senate.

Moore is running against Democratic candidate Doug Jones. The election is slated for Dec. 12 and will fill Attorney General Jeff Sessions’ vacated seat. 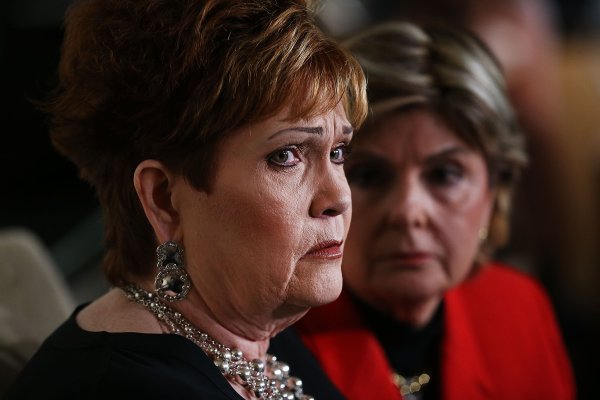 New Accuser Says Roy Moore Assaulted Her as a Teen
Next Up: Editor's Pick