They may not have given us the buddy comedy everyone is dying for yet, but Jennifer Lawrence and Emma Stone are still one of the most adorable Hollywood friendships out there.

While attending the Academy of Motion Picture Arts and Sciences’ 9th Annual Governors Awards on Sunday, Lawrence palled around with Stone on the red carpet by photobombing her fellow Best Actress winner as she posed for the cameras.

Of course, fans loved this latest interaction between the charming pair. “Ruling screens worldwide with every performance!” wrote Twitter user Anil Kapoor. “#EmmaStone & #JenniferLawrence are on top of their game! Huge fan!!”

In a 2016 interview with Vanity Fair, Lawrence revealed that their friendship began when she received a text from Stone after mutual co-star Woody Harrelson — who appeared in The Hunger Games with Lawrence and Zombieland with Stone — helped them exchange numbers. “I replied, ‘F—k off!’’And we’ve been really good friends ever since,” Lawrence said.

See the photobomb moment below. 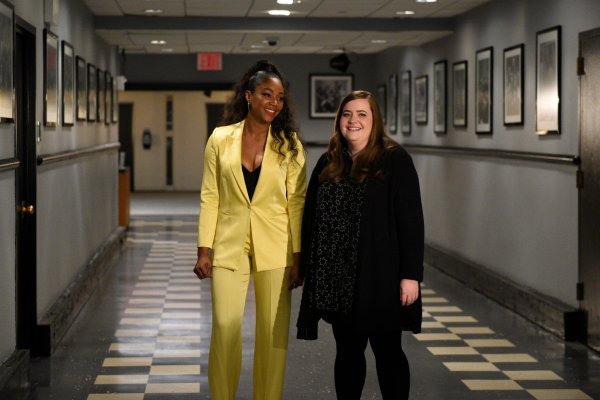