Chinese supporters hold flags at the start of the Olympic Torch relay at Reconciliation Place on April 24, 2008 in Canberra, Australia.
Mark Nolan—Getty Images
By Casey Quackenbush

Author and academic Clive Hamilton says that his exposé on the Chinese Communist party’s alleged activities in Australia will still see the light of day.

However, Louise Cornegé, head of publicity at Allen & Unwin, said in a statement to TIME that “Clive was unwilling to delay publication and requested the return of his rights, as he is entitled to do.”

Hamilton believes that Allen & Unwin is acting under real or perceived pressure from Beijing.

“This signals a watershed moment in the tide of Chinese influence in Australia,” he told TIME.

Hamilton added that the book would still be published in some way “as soon as possible.”

The specter of Chinese political presence in Australia has been generating headlines over the last year. In October, Foreign Minister Julie Bishop warned Chinese students with party affiliations studying in Australia to respect their host country’s “openness and freedom.”

Earlier this year, an investigation of donations showed that Chinese-linked companies and individuals had poured millions of dollars into Australia’s major political parties.

The Chinese ambassador to Australia, Cheng Jinygye, has rejected allegations of political interference as “groundless” and said they were provoking a “China panic.” 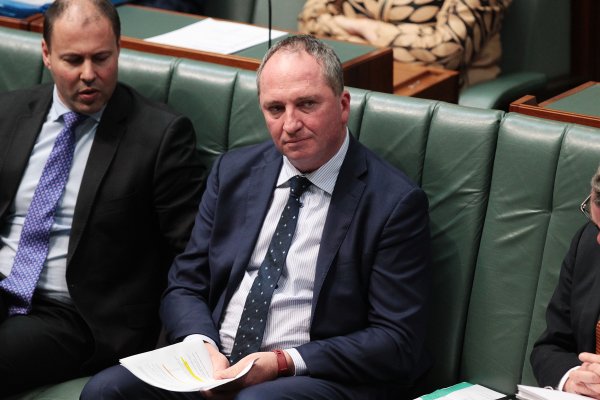 Australia's Government Might Lose Majority Over a Citizenship Crisis
Next Up: Editor's Pick