The 2017 Elections Should Give All Americans Hope

Danica Roem, a Democrat for Delegate in Virginia's district 13, and who is transgender, sits in her campaign office on Sept. 22, 2017, in Manassas, Virginia.
Paul J. Richards—AFP/Getty Images
Ideas
By Chris Lu
Lu served as the U.S. Deputy Secretary of Labor during the Obama Administration and is a senior fellow at the University of Virginia Miller Center.

Tuesday’s sweeping victories for Democratic candidates can be viewed through many lenses. To be sure, the election results are a powerful repudiation of Donald Trump’s policies and divisive rhetoric, and a reminder that the coalition that twice backed Barack Obama is alive and well.

But Tuesday’s results are also the story of the remarkable diversity of candidates who sought elected office for the first time — and won. Behind the vote totals and exit polls is a new generation of public servants, many of whom were motivated by Trump’s election to seek office. Tuesday’s victors might not look like the traditional face of politics, but they unquestionably represent its future.

In Virginia, a House of Delegates that previously had 17 women out of 100 members, will now be comprised of nearly 30 women, including its first-ever Asian American and Hispanic female legislators. The stories of these winning candidates are quintessential American stories.

Kathy Tran came to the U.S. as a refugee fleeing Vietnam when she was just an infant. She spent a dozen years at the U.S. Department of Labor, working to expand the economic opportunities that helped her family achieve the American Dream.

A cybersecurity specialist, Hala Ayala ran on a platform of improving health care. As a single mother working at a gas station on minimum wage, Ayala saw first-hand how the Medicaid program had saved the life of one of her sons.

Among the new members of the Virginia House of Delegates is Danica Roem, the first openly transgender person to be elected to a state legislature. Running against a long-time incumbent who once called himself the state’s “chief homophobe,” Roem focused her campaign not on social issues but on reducing local traffic congestion.

And in two dramatic races in New Jersey, voters resoundingly said no to the politics of bigotry.

In the election for the Edison school board, Asian American candidates Jerry Shi and Falguni Patel were targeted with a pamphlet saying that voters should “DEPORT” Shi and Patel because the “Chinese and Indians are taking over our town!” Both won easily.

In the race for Hoboken mayor, a mailer attacked Ravi Bhalla, a turbaned Sikh candidate, with a warning: “Don’t let TERRORISM take over our town!” Bhalla prevailed and will become the first Sikh mayor in New Jersey history.

The new faces of politics also include candidates drawn to public service often by accident or tragedy, rather than a long-planned strategy. In Virginia, Chris Hurst decided to run for office after his girlfriend, a television reporter, was gunned down while conducting an on-air interview. Although he backed stronger gun controls, Hurst centered his winning campaign around expanding Medicaid and increasing school funding.

Ashley Bennett’s call to politics came in January, when a board member in Atlantic County, NJ, posted a Facebook meme about the Women’s March that asked, “Will the women’s protest end in time for them to cook dinner?” Bennett got mad, challenged the incumbent, and soundly defeated him.

At a time when so much cynicism pervades our politics, it’s easy to question whether one election can signal a turning point for our democracy — and certainly, Trumpian politics will still prevail in many parts of the country. But these election results demonstrate that strong candidates can overcome tribalism, biases and even divisive campaign tactics by focusing on the bread-and-butter issues that really matter to constituents. Regardless of one’s political views, that’s an outcome that everyone should celebrate. 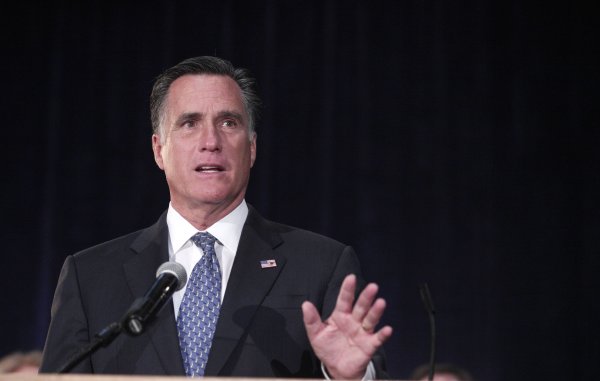