USA Gymnastics said Friday that it is “appalled” by allegations that six-time Olympic medalist Aly Raisman was sexually abused by Dr. Larry Nassar, who worked as the women’s gymnastics national team doctor for decades.

In a statement, USA Gymnastics said it was “appalled by the conduct of which Larry Nassar is accused,” and “very sorry that any athlete has been harmed during her or his gymnastics career.” The organization said it was hiring a new president and chief executive officer “who emphasizes empowerment throughout the organization” as well adopting a Safe Sport Policy to strengthen “policies that include mandatory reporting.”

In an interview scheduled to air Sunday on CBS’ 60 Minutes, the accomplished gymnast said that she had spoken to FBI agents about Nassar after competing at the Olympic Games in Rio de Janiero in 2016. “I am angry,” she said. “I just want to create change so [that young girls] never, ever have to go through this.”

Raisman is the second member of the gold medal-winning 2012 Olympic women’s team to accuse Nassar of abuse. Her teammate, McKayla Maroney, said in October that she had been molested for years by Nassar, who is currently in jail awaiting sentencing after pleading guilty to child pornography charges in Michigan. 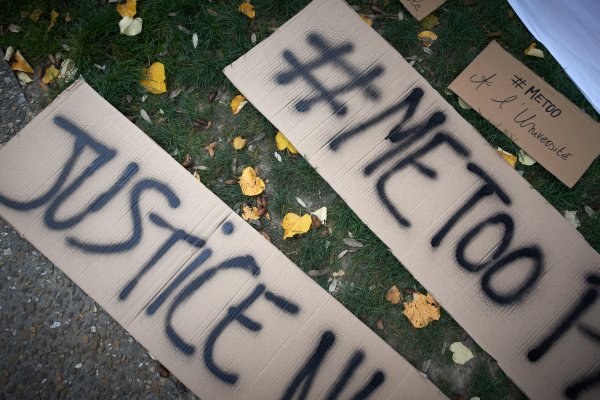 700,000 Female Farmworkers Say They Stand With Hollywood Actors Against Sexual Assault
Next Up: Editor's Pick