Since then, the Internet has had its hands full trying to decode all the possible hidden subtext behind Taylor Swift’s new songs, and “This Is Why We Can’t Have Nice Things” is no exception. Fans and media outlets alike widely viewed the thirteenth track off Redemption as packed with references to her longtime association with Kanye West.

(In July 2016, West’s wife Kim Kardashian West released Snapchat clips of the two talking on the phone about his controversial Swift mention on his song “Famous,” causing some considerable internet breakage.)

And on that note, it looks like Swift might be letting her new lyrics do the talking, especially on this track.

Here, we’ve rounded up six sneaky references T.Swift could be making to Kanye with the song below.

Taylor sets the scene for when the conflict began:

Taylor kicks off with a first line “it was so nice throwing big parties/jump in the pool from the balcony” and even goes on to note that she was “feeling so Gatsby for that whole year.” To provide some context, the year that she’s referencing is likely 2014-2015, following the release of her wildly popular 1989 album. That was when Taylor’s star-studded squad reached new levels of public prominence and her annual Fourth of July bash became a much larger part of the pop culture canon. She even had a birthday party that Jay Z and Beyoncé attended. So it’s pretty much safe to say that this might have been the peak “nice things” that she refers to in the song.

Taylor alludes to why she’s been so quiet lately:

This year, Taylor laid low and rarely posted on her social media accounts, a vast contrast to her effusive online presence beforehand. She even chose not to host her annual Fourth of July bash in Rhode Island, much to the disappointment of the Swifties. She could be addressing this with the line in the song: “I’m shaking my head, I’m locking the gates.”

Taylor seems to set the the stage for her renewed conflict with Kanye:

If we’re really going to be able to understand this one, we need to look at why Taylor Swift and Kanye West clashed in the first place. The brief explanation is this: Kanye stormed the stage when Taylor won “Best Female Video” over Beyoncé. Both have talked about this incident repeatedly, but it all seemed hunky-dory when they were spotted talking at the Grammys.

Eventually, they officially reconciled at the 2015 VMAs, when Taylor presented ‘Ye with his Video Vanguard Award and Kanye sent her flowers after the fact, which Swift shared on Instagram. For all intents and purposes, the pair considered themselves “friends,” something that feels especially significant when you consider this blistering line from “This Is Why We Can’t Have Nice Things”: “It was so nice being friends again, there I was giving you a second chance, but you stabbed me in the back without shaking my hand.”

Taylor appears to address the infamous phone call that she had with Kanye about “Famous,” which was later shared online via Kim Kardashian West’s Snapchat with this widely shared line. “And therein lies the issues, friends don’t try to trick you, get you on the phone and mind twist you” reads Taylor’s lyrics, which is self-explanatory.

Swift values friendships (squad anyone?) so she when she sings “but I’m not the only friend you’ve lost lately/if only you weren’t so shady,” she could be hitting West with this personal critique. It’s doubly interesting when you consider that Kanye has a 2016 song called “Real Friends,” where he laments how hard it is to have true friends amid life changes and fame. He’s also had some public falling-outs with many of his friends in recent years, most notably, Jay Z. “Real friends” could just be a common phrase, or Taylor could possibly be revisiting this and Kanye’s song directly with one of her final lines, “Here’s a toast to my real friends – they don’t care about that he said, she said.”

Taylor Swift also could be referencing her longtime association with Katy Perry:

Fellow pop princess Katy Perry was vocal about her issues with Swift during promotional appearances for her album Witness. She memorably noted that she was “ready to let go” of the wounds and “forgive” her. Taylor stayed mum, but the lyrics of “This Is Why We Can’t Have Nice Things” might just speak for themselves: Swift sings “here’s to you because forgiveness is a nice thing to do,” before erupting in peals of laughter and saying that she “can’t even say it with a straight face.” Whether it was meant for Perry or West or someone else, it appears that Swift did not come to play. 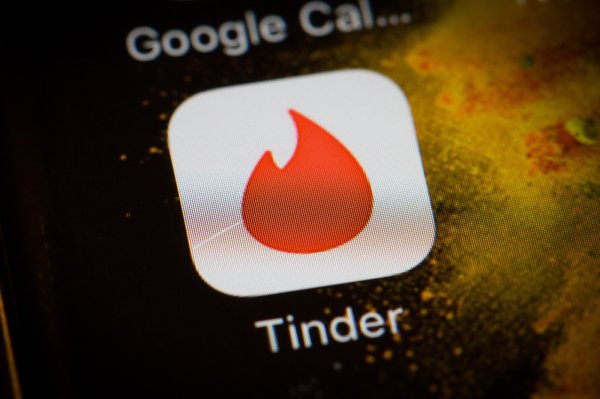 Woman Abruptly Ends Her Date After She Found Out the Guy Voted for Trump
Next Up: Editor's Pick