Taylor Swift Just Released Her Long-Awaited Album Reputation. Here's How You Can Listen

Taylor Swift’s long-awaited sixth studio album Reputation dropped just before midnight Thursday. But not everyone can hear it.

Swift, following in her own footsteps, is not streaming the 15 songs on the album — except for the first four, which were put out prior to the full release. Instead, fans will need to pay up to hear her latest tunes, either by buying a physical copy or ponying up the $13.99 for the iTunes purchase. Speculation is rife about when, exactly, the full set will pop up on streaming services like Spotify, but according to Bloomberg, it will be at least a week before Swift raises the floodgates for streamable consumption.

While this might come as a surprise to some, it’s not without precedent.

Swift has long been vocal about artist rights. In 2014, she pulled her music from the site, telling TIME, ” I think there should be an inherent value placed on art. I didn’t see that happening, perception-wise, when I put my music on Spotify.” (It wasn’t until this summer that she made her own song catalogue available again.)

And in 2015, she then went on to pen an open letter taking Apple to task for its decision not to pay artists during its streaming services trial period.

And while she chose to promote her first four songs off of Reputation with releases available on YouTube, starting with “Look What You Made Me Do” back in August, she reverted to her more traditional approach for the big album release day.

That’s because, in a world that often feels dominated by streaming, album sales still matter for the artist’s bottom line — and in terms of chart rankings. For most artists, getting listeners to spend cold hard cash on a purchase can be a challenge. But as Adele proved in 2015 when she also eschewed a streaming release for months, big names can cash in on sticking to a payment model. Adele broke sales records by delaying her music’s availability. Swift, it seems, may be up to a similar savvy game. 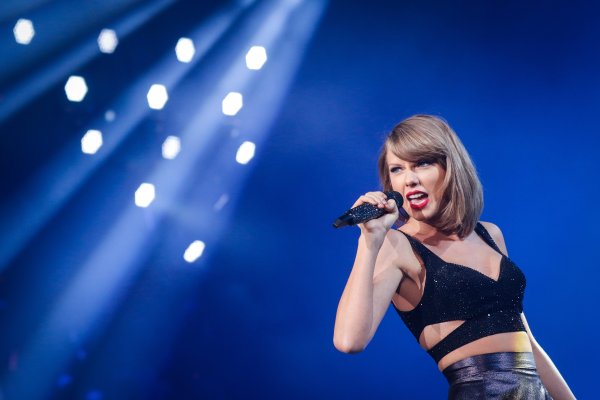 The Internet Is Loving Taylor Swift's New Album Reputation
Next Up: Editor's Pick