On the eve of the release day of her sixth studio album Reputation, Taylor Swift made a splash by premiering one of her new songs on ABC. “New Year’s Day” is a melancholic ballad — sweet, intimate, and a love letter of a kind.

“There’s glitter on the floor after the party,” she sets the scene in the pared-down beginning. “Girls carrying their shoes down in the lobby, candle wax and Polaroids down on the hardwood floor, you and me from the night before.”

“You squeeze my hand three times in the back of the taxi. I can tell it’s gonna be a long road. I’ll be there if you’re the toast of the town, babe — or if you strike out and you’re crawling home,” she continues.

The premiere, first teased by Good Morning America on Thursday morning, marks the fifth and final song that Swift has shared in the run-up to her album release. It may not be New Year’s Day for the rest of us yet, but Swift season has now officially begun: she’s slated to perform at SNL this weekend, followed by a run of holiday shows.

Listen to her latest song, above. 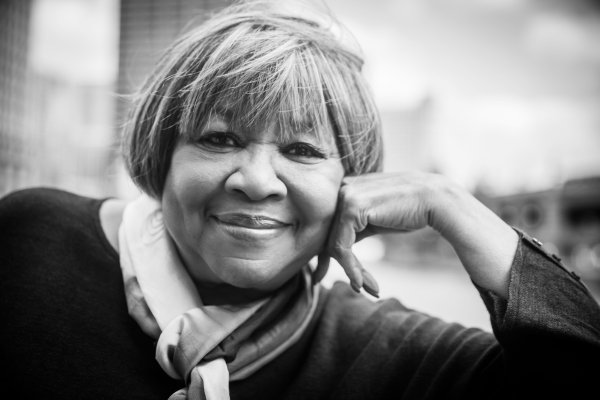 7 Questions with Mavis Staples
Next Up: Editor's Pick