If Stranger Things ever loses its widespread popularity, its youthful cast may have a future second career as a boy band of the highest order — at least, that’s the conclusion we came to after being introduced to The Upside Downs.

The actors who play the boys from Hawkins, Indiana appeared on The Late Late Show with James Corden where they showed off some serious pipes during a skit that featured them as The Upside Downs, a Motown cover band featuring Finn Wolfhard, Gaten Matarazzo, Caleb McLaughlin, and Noah Schnapp alongside James Corden.

In the clip, the boys flawlessly cover everything from the Jackson 5’s “I Want You Back” to the Temptations’ “My Girl.” Watch The Upside Downs in action below. 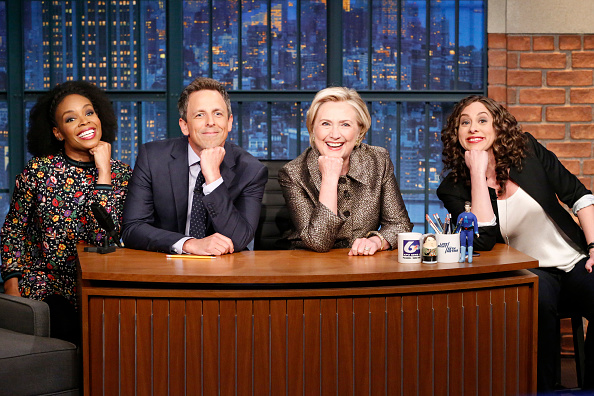 Clinton Roasts Herself on Election Anniversary
Next Up: Editor's Pick