The film explores how, following a series of flops, Dickens was ready to give up his career as a writer when inspiration struck him in the form of a Christmas tale — and how he inadvertently ended up changing the way Britain celebrated the festival forever. But how faithful is the movie, which stars Beauty and the Beast actor Dan Stevens as Dickens, to the real events that took place?

It’s certainly true that prior to A Christmas Carol, Christmas was a decidedly second-rate holiday in Great Britain, compared even to Boxing Day. At one time, it had been known as a lively pagan festival, for which people dressed up in costumes, but the rise of the Puritans in the mid-17th century led to a crackdown on the holiday and the licentious behavior associated with it.

The festival fell out of favor, except in little pockets of the countryside — including the rural area where Dickens lived as a young boy before his family moved to London. Here, Dickens experienced a snowy Christmas every December 25, which presumably influenced his decision to make Christmas Day in A Christmas Carol a white one, a detail that helped establish snowy weather as the image of an ideal Christmas in the U.K., a notion that still exists today.

However, despite Christmas’ enduring popularity in rural areas, Easter remained the main church holiday and Boxing Day the main winter holiday in Britain.

When Dickens pitched a Christmas book to his publishers, they couldn’t understand why anyone would be interested in the idea. But the author had predicted a turn in the yuletide. Queen Victoria had recently married the German Prince Albert, who brought the Christmas tree over from Germany, and the idea of the festival being a time for family and celebration was gradually seeping back into public consciousness.

The publication and instant popularity of A Christmas Carol became part of a series of factors that helped raise Christmas’ status over the course of that decade. “Dickens had no notion of what the festival would become today, but he was clearly onto something,” Les Standiford, who wrote the book on which the movie is based, told TIME. “He even went on to write four more Christmas books but none were even nearly as successful as A Christmas Carol.”

As the movie explores, Dickens was not only popular in Britain but in the United States too, which is why A Christmas Carol generated excitement over the festival across the pond too. However, as The Man Who Invented Christmas lightly touches upon, Dickens’ tour of the U.S. in the early 1840s, on the back of the success of novels such as Oliver Twist, did not go so well. “He was very excited about his U.S. tour; he knew that he had thousands of American readers and an appetite for his books was very lively,” said Standiford. “However, when he got over there, he found it far rougher than he was used to in England.”

Despite the failure of his first tour, Dickens returned to the U.S. for a reading tour in the late 1860s, following the enormous popularity of A Christmas Carol overseas. “The tour was a resounding success for all,” said Standiford.

Although the movie accurately reflects the way Dickens’ novel helped spur a revival of the celebration of Christmas, some major plot points are the product of dramatic license. For instance, Tara, Dickens’ children’s nursemaid, is an entirely fictional character, introduced “to remind Dickens of his responsibilities in the world,” Canadian writer and actor Susan Coyne, who adapted Standiford’s book for the big screen, told TIME. Dickens’ initial intention to kill off the character of Tiny Tim before the end of A Christmas Carol is similarly invented.

Additionally, it is unclear whether Dickens ever threw his seemingly incorrigible father out of the family home, as seen in the movie. “I don’t know if that literal exchange took place, but I do think Dickens eventually made peace with his father,” said Standiford. “It’s impossible to miss the correspondences between the plot of A Christmas Carol and Dickens’ relationship with his family and father. I would go far as to say that, in a way, Ebenezer Scrooge is a direct manifestation from Dickens’ fraught relationship with his father.”

What is somewhat surprising is that Dickens did see his characters appear before him as though they were real, fully-formed human beings — as seen in the movie with his creations such as Scrooge (portrayed by Christopher Plummer) and Tiny Tim. “Through my research, I learned that he used to talk about his characters as though they were what he called ‘the children of his fancy,'” said Coyne. “Even when he was not working, he’d feel them tugging on his sleeve saying ‘time to get back to work.'”

And the movie does provide viewers with a fairly accurate sense of how Dickens successfully changed the way Christmas is celebrated.

“Before A Christmas Carol, you’d never ask questions about the meaning of Christmas, and we now ask it all the time,” said Coyne. “I think that’s because of what Dickens’ book suggests. It has this magical idea that in spite of all our differences, we can make something good happen — something which, in this day and age, it’s important to remind ourselves of.” 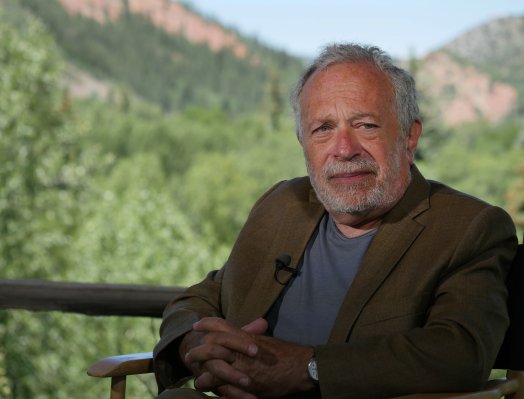