Portia de Rossi Claims Steven Seagal Exposed Himself to Her

Actress Portia de Rossi claims Steven Seagal unzipped his pants in front of her during an audition.
Getty Images
By Samantha Cooney

Actor Portia de Rossi alleged in a tweet that Steven Seagal once unzipped his pants in front of her.

De Rossi, who has appeared in Ally McBeal and Arrested Development, said that the alleged behavior occurred during an audition. “He told me how important it was to have chemistry off-screen as he sat me down and unzipped his leather pants,” she said. “I ran out and called my agent. Unfazed, she replied, ‘well, I didn’t know if he was your type.'”

Seagal, an actor and director known for his roles in Above the Law and Under Siege, hasn’t commented on de Rossi’s allegations. His manager did not immediately respond to TIME’s request for comment.

It’s not the first time that he’s faced accusations of inappropriate conduct. Former The Good Wife star Julianna Margulies said during a Nov. 3 interview on the Just Jenny Show that Seagal “made sure that I saw his gun” during an audition in his hotel room. Inside Edition correspondent Lisa Guerrero told Newsweek on Oct. 12 that the actor appeared in a robe during an audition at his home in the 1990s. Jenny McCarthy alleged in an 1998 interview with Moveline that Seagal asked her to take off her dress during an audition, which Seagal denies.

After de Rossi spoke up about her alleged encounter, her wife, Ellen DeGeneres, tweeted: “I’m proud of my wife.” 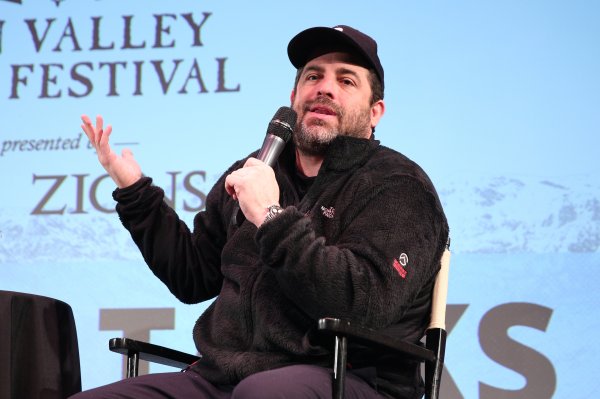 Brett Ratner Accused of Sexual Misconduct
Next Up: Editor's Pick