President Trump took center stage at the Country Music Association’s 2017 Awards Wednesday night, despite the CMA’s attempt to keep politics out of the star-studded event.

Long-time hosting duo Carrie Underwood and Brad Paisley opened the awards with Paisley joking about the songs he had wanted to sing (with titles that included “Hold Me Closer, Bernie Sanders”). The country music legend swiftly began a parody of Underwood’s 2005 classic, “Before He Cheats,” which he renamed: “Before He Tweets.”

“Right now, [President Trump is] probably asking Siri, ‘How the hell do you spell Pocahontas?’,” Paisley sang, much to the crowd’s amusement. “In the middle of the night from the privacy of a gold plated White House toilet seat, he writes: ‘Liddle Bob Corker,’ ‘NFL’ and ‘covfefe,'” he continued.

Underwood eventually joined in for the chorus: “It’s fun to watch it that’s for sure, until little Rocket Man starts a nuclear war and maybe next time he’ll think… before he tweets.”

Underwood and Paisley were not the only stars with a political message that evening. “Tonight should be about harmony, about what we can do together to change things,” Little Big Town’s Karen Fairchild told the audience when her foursome accepted the vocal group of the year award.

The CMA Awards had made headlines in the days leading up to the ceremony due to controversial restrictions that had been put in place to prevent journalists from questioning guests about subjects such as politics and guns. The CMA eventually lifted the restrictions and apologized for them. “The sentiment was not to infringe and was created with the best of intentions,” a CMA statement said.

Garth Brooks continued his winning streak as entertainer of the year at the ceremony, beating out Luke Bryan and Keith Urban. “We’re a family,” he said about the country music community when accepting the honor. 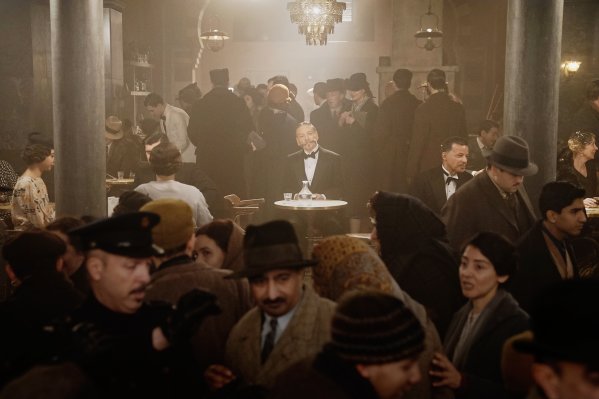