Top Diplomat Says U.S. Has Lost 60% of Its Career Ambassadors Under President Trump

The U.S. has lost 60% of its career ambassadors since January, according to the head of the union that represents diplomatic staff.

Barbara Stephenson, the head of the American Foreign Service Association (AFSA) and former U.S. Ambassador to Panama, wrote in a memo to members that diplomatic leadership ranks are being “depleted at a dizzying speed.”

She referred to a recent TIME cover which she said corroborated her vision of government being dismantled. “The cover of the TIME magazine that arrived as I was writing this column jarred me with its graphic of wrecking balls and warning of ‘dismantling government as we know it,'” she wrote.

She blamed the decline in staff partially on “the decision to slash promotion numbers by more than half.”

In addition to the decline in the number of ambassadors, Stephenson pointed to the reduction in the number of Career Ministers from 33 to 19 and of Minister Counselors from 431 just after Labor Day to 369 today—numbers she said were still falling.

“These numbers are hard to square with the stated agenda of making State and the Foreign Service stronger,” she wrote in the memo, which is titled “Time to Ask Why.”

She warned that the staff leaving the profession could not easily be replaced, and that the loss would affect the capacity of the U.S. to shape world events.

President Donald Trump and Secretary of State Rex Tillerson have made little secret of the fact that reducing the size of the State Department is one of their key goals, something Tillerson called “the most important thing I want to do during the time I have,” according to Salon.

However, Stephenson railed against this decision in her memo, notable as it breaks a tradition of the diplomatic corps not commenting on politics. “Were the U.S. military to face such a decapitation of its leadership ranks,” she wrote, “I would expect a public outcry.” 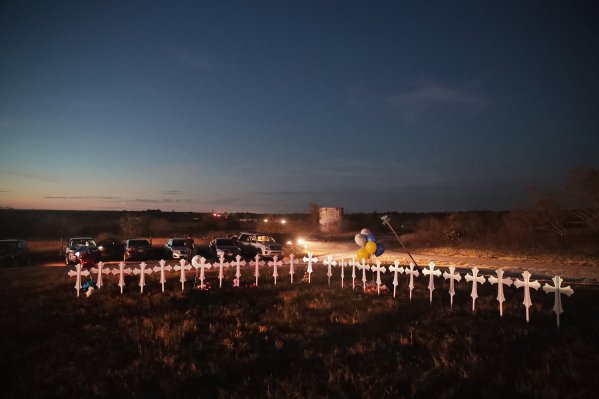 'Nothing Is Sacred.' Religious Leaders Take Action on Attacks in Houses of Worship
Next Up: Editor's Pick