China's Singles' Day Is Coming. Here's What It Means

Workers prepare packages for delivery at a sorting center in Lianyungang, Jiangsu for Singles Day on Nov. 11, 2016.
Stringer—AFP/Getty Images
By Eli Meixler

The world’s largest shopping holiday is coming on Nov. 11.

China’s Singles’ Day has been a bonanza since 2009, when e-commerce giant Alibaba began offering doorbuster deals on luxury items and electronics, apparel, home goods, jewelry, and even larger-ticket goods like appliances and motorcycles. But the holiday’s origins are less commercial: Singles’ Day was founded by Nanjing University students in 1993 to push back against social pressure to be in a relationship. To symbolize their solitary state, they set up an “anti-Valentine’s Day,” with 11.11 chosen as the date because the digit 1 is meant to symbolize a person who is single.

These days, though, Singles’ Day is all about everyone—not just singles—treating themselves. The event has surged past America’s Black Friday and Cyber Monday, making $17.8 billion in sales last year, compared to Black’s Friday’s $3.3 billion and Cyber Monday’s $3.45 billion. Amazon meanwhile netted just $1 billion on Prime Day this year — Alibaba made that much in just the first five minutes in 2016.

This year, cumulative “11.11 deals”, as they’re known, could top $23 billion, according to a consultancy firm. Shoppers can get 63% off this 60-inch Sharp LCD TV, 90% off three canisters of Fujian black tea, or two pairs of cozy cotton long underwear, marked down 86%.

Competitor JD.com, which accounted for 20% of Singles’ Day purchases last year, is eyeing an even bigger slice of sales, with deals including a 32GB Samsung Galaxy S7 Edge (normally retailing at $795) for $407, or 6 bottles of Australian Cabernet Sauvignon for $30 (maybe find some fellow singles to drink them with, though). Other sites have jumped on the action as well, from Hong Kong clothing retailers Zalora and Zaful, to Singapore-based loyalty rewards network Shopback to Hotels.com, which is offering 75% on hotel rooms (for one or two).

Naturally, this unbridled consumerism comes at a cost: environmental damage. Last year’s Singles’ Day was accompanied by a spike in carbon dioxide emissions, according to environmental watchdog Greenpeace. Clothing, which made up the largest percentage of Singles Day online sales last year, also generates large quantities of wastewater, Greenpeace said.

“One-click, disposable fashion is not a sustainable model for the future of retail,” Greenpeace East Asia toxics campaigner Nie Li said in a statement.

There are other ways to celebrate. Many Chinese cities now hold matchmaking events, from single or group speed-dating to “marriage markets”, where name-cards listing eligible bachelors’ names, ages, and often salaries, are publicly displayed on a literal wall of profiles.

The holiday has also become a popular day to celebrate the opposite—commitment. Singles’ Day in 2011 (ahem, 11/11/11), saw over 4,000 couples tie the knot in Beijing and another 1,000 couples registering for marriage in Hong Kong, according to the Wall Street Journal. The pronunciation of the date resembled a Chinese idiom, “one life, one lifetime” ( 一生一世, yi sheng yi shi), which means “forever,” the Journal reported.

You certainly can’t put a discount-price on love — even if it doesn’t last as long as a warranty-protected appliance. 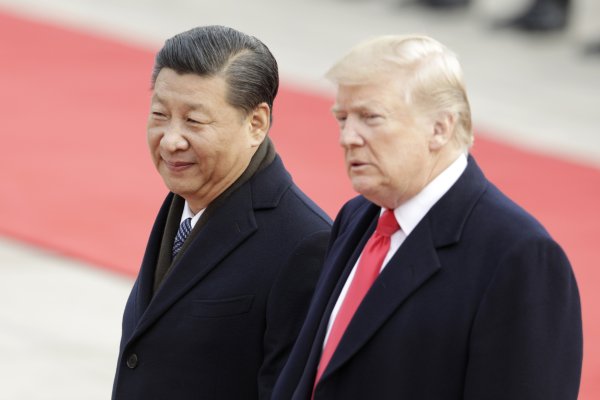