After taking the stage to accept the Hollywood Actress Award at the Hollywood Film Awards on Sunday, Kate Winslet did something that no one in the audience seemed to be expecting. The 42-year-old actor — who was being honored for her peformance in the new Woody Allen movie Wonder Wheel — began her speech by praising the creativity in the room before singling out Allison Janney as someone she greatly admired.

“Allison Janney is in this room. Allison, I know I don’t really know you, but I just want to be you,” she said. “Or just stroke you, or something. I mean, we could always kiss, maybe? Maybe?”

This was followed by Janney making her way to the stage for a quick smooch with Winslet much to their fellow stars’ delight. “Oh, it’s going to happen,” Winslet exclaimed as the audience laughed. “This is an exciting moment, isn’t it?” 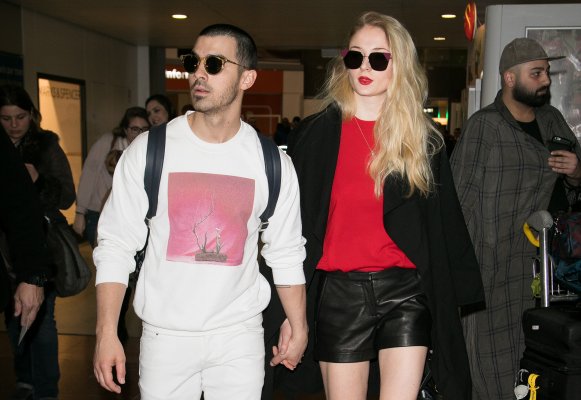