Tom Hanks made a surprise appearance at the Texas Book Festival over the weekend. While Hanks was scheduled to appear at the Austin literary festival to promote his book, Uncommon Type: Some Stories, the surprise part came about when he helped a man propose to his girlfriend.

As the Associated Press reported, Hanks was on stage answering questions from the crowd, when he announced that he was bored. He didn’t want to answer their questions anymore, but instead wanted to ask one of his own. Hanks then took out a piece of paper as if to read a question, before saying that there was a man in the crowd, Ryan McFarling, who had a question for a woman in the crowd, Nikki Young. Hanks then read the question: “Nikki, will you marry me?”

The Texas Book Festival captured the moment on camera, and the Young looks truly shocked to have Tom Hanks propose to her.

After the initial surprise wore off, the couple headed to the stage where McFarling got on one knee, presented a ring to Young, and asked the question himself, according to the AP. Luckily for Hanks (and McFarling) Young said yes. Now they just need to get Bill Murray to officiate the ceremony. 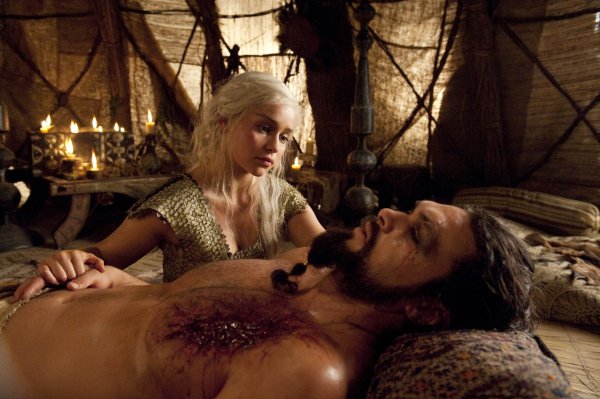 Game of Thrones' Emilia Clarke Reunited With Her 'Sun and Stars' Jason Momoa and It Was Magical
Next Up: Editor's Pick