Daenerys Targaryen’s first Game of Thrones husband, Khal Drogo, may have been killed off the HBO drama way back in season one, but in real life, Jason Momoa — who played the Dothraki Warlord — is still his onscreen wife’s biggest fan.

The 38-year-old actor and his former co-star recently reunited for a few drinks together, prompting a flurry of Instagram posts from the two expressing their love for one another.

“Crazy mad insane LOVE for this queen it’s truly like bubbles of giggles are in our bellies when we are together. It’s a shame we don’t get to see each other as much as we would like but when we do i feel like a f—ing KHAL love u @emilia_clarke always forever Yer Jalan Atthirari Anni,” Momoa captioned a photo of them hugging, ending with the Dothraki phrase for, “Moon of my life.”

Clarke also shared a picture of her own to mark the joyous get-together. “When life is so good that your sun and stars is in your city…you lose your eyes and gain 5 grins 😁 (and gins) where until now they’d only been one… (*grins- there’s always more gins),” she wrote. “@prideofgypsies YOU ALWAYS MOTHER OF DRAGONS MAIN MAN.”

Momoa recently apologized after a video surfaced of him making a joke at 2011 Comic-Con about a Thrones scene in which his character raped Daenerys. 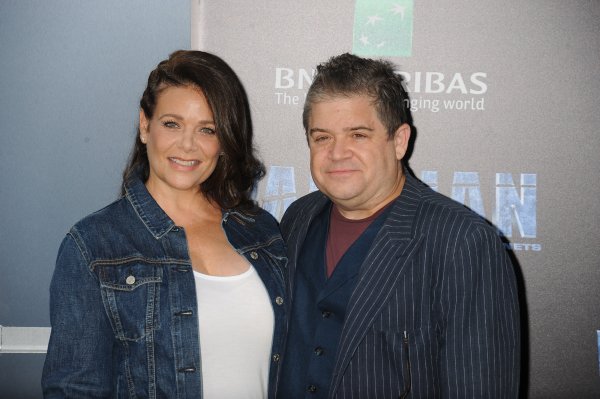 Patton Oswalt and Meredith Salenger Are Married. See Photos From Their Wedding
Next Up: Editor's Pick