This Is the Deadliest Year for Mass Shootings in Modern U.S. History

Violence erupted at First Baptist Church in Sutherland Springs, Texas Sunday when a gunman opened fire outside the building and then proceeded inside, killing at least 26 people and wounding at least 20 more.

While the casualty count is still preliminary, these figures currently bring the toll of mass shootings in 2017 to 112 deaths, according to the Mother Jones database of massacres, which generally uses the federal definition in defining such incidents. That far surpasses any other year in the recorded history of modern mass shootings in the U.S.

Sunday’s Sutherland Springs incident appears to be at least the fifth most deadly mass shooting in modern U.S. history. The Dec. 14, 2012 massacre at Sandy Hook Elementary School claimed 27 lives. The deadliest shooting occurred in Las Vegas last month, when 58 people were killed at an outdoor music festival. Below is a graphic of every mass shooting since 1982. 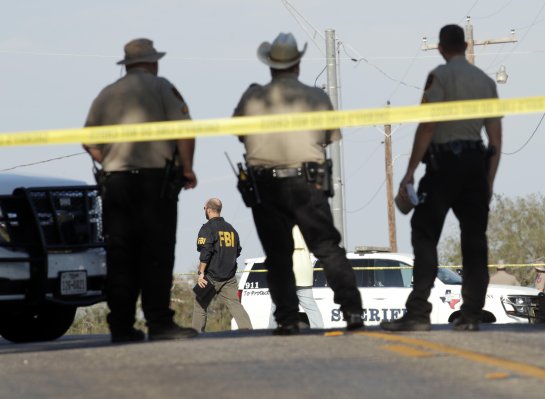 What to Know About Suspected Texas Church Shooter Devin Kelley
Next Up: Editor's Pick