Once upon a time, 25-year-old Jon Hamm got brutally rejected by some fool named Mary Carter on a cheesy 1996 dating show.

The doe-eyed future Mad Men star got his heart broken on The Big Date, hosted by a guy named Mark Walberg (no relation) who says he was “born to be a matchmaker.”

The lovely damsel Mary Carter said she needs a “sexy hot man” who “knows how to give a good foot massage” because she “has a foot fetish.”

The first guy was too creepy. He told Mary he was a stunt man, “so I have to take her home later and show her my flexibility. ”

The second guy was too touchy-feely. He had frosted tips, and told Mary he wanted to “squeeze her like a little teddy bear.”

Jon Hamm was just right. He said he would take her on a date that would “start off with some fabulous food, add a little fabulous conversation, and end it with a fabulous foot massage for an evening of total fabulosity.”

But Mary Carter chose the stunt man guy, because he shook her hand when he met her. Choosing a handshake over a fabulous foot massage from Jon Hamm is a real rookie mistake.

Mary Carter, wherever you are, I hope you and your feet are happy with your choices. 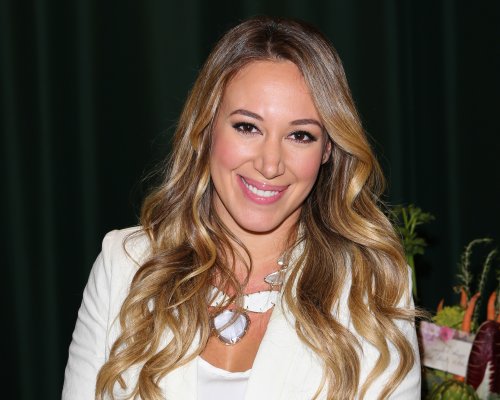 Actress Haylie Duff Is Engaged to Entrepreneur Matt Rosenberg
Next Up: Editor's Pick