Selena Honored With Star on the Hollywood Walk of Fame

Singer Selena Quintanilla is honored posthumously with a Star on the Hollywood Walk of Fame on November 3, 2017, in Hollywood, California.
Photography by Tara Ziemba—AFP/Getty
By Lisa Marie Segarra

Selena was honored Friday with a star on the Hollywood Walk of Fame. Los Angeles officials named Nov. 3 “Selena Day.”

Selena’s Hollywood Walk of Fame star is the 2,622nd and is placed right in front of Capitol Records’ building — located on Vine Street north of Hollywood Boulevard — where the singer visited often after signing with EMI Latin, USA Today reported.

Longoria spoke about the path Selena forged for Latinas in entertainment.

“Growing up there was no reflection of me on TV or in music and that all changed with Selena y Los Dinos. Selena was a small town girl with a big heart … and that small town was my hometown, Corpus Christi, Texas,” Longoria said at the event, according to the report.

Selena was recently featured as one of Google’s Doodles to mark the 28th anniversary of her first studio album. Last year, Madame Tussauds debuted a wax figure of Selena in Hollywood and MAC Cosmetics released a line inspired by the singer.

Selena was shot and killed by the former president of her fan club, Yolanda Saldívar, in 1995. 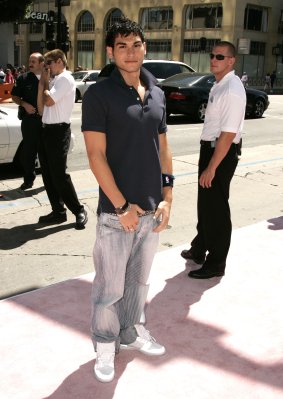 Veronica Mars Actor Brad Bufanda Dies by Suicide at 34
Next Up: Editor's Pick