A Florida State University (FSU) student was found dead on Friday after attending an off-campus party, leading to the suspension of the fraternity he was pledging.

After attending a party about a mile from the FSU campus Thursday night — the beginning of the school’s parents’ weekend — Coffey was found unresponsive in the home where it was held on Friday morning, according to the report. He eventually died at the scene.

All Pi Kappa Phi activity at FSU has been suspended in the wake of Coffey’s death, and fraternity brothers have been directed to cooperate with a police investigation, the Democrat reports. The FSU chapter has also ceased all social media and online activity.

“We are overwhelmed with sadness any time we learn of the death of one of our students, and the FSU family provides extensive outreach to their family and friends as they mourn the loss of a young life,” FSU Vice President Amy Hecht said in a statement.

Coffey’s death comes at a time when fraternity safety is in the public eye. In February, a Penn State University student pledging the school’s Beta Theta Pi chapter died from alcohol poisoning, in what was deemed by a grand jury a hazing ritual. A similar incident led to the September death of an 18-year-old Phi Delta Theta pledge at Louisiana State University.

No arrests have been made in connection with Coffey’s death, according to the Democrat. 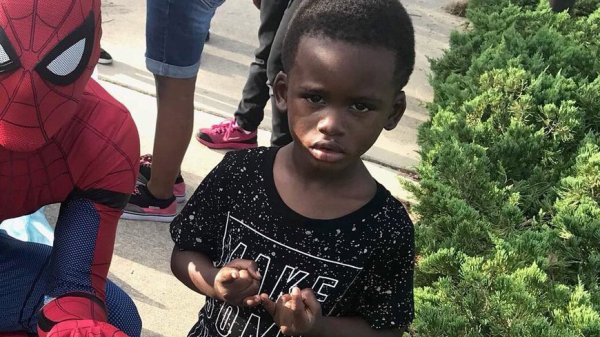 'It Could Have Been Avoided.' 3-Year-Old Boy Dies After Getting Trapped in Park's Underground Water Tank
Next Up: Editor's Pick