It sounds more like science fiction than real world science, but researchers at Stanford University announced the first results of a novel study in which they infused blood from young donors into a small number of people with mild to moderate forms of Alzheimer’s disease in the hopes of improving the disease’s symptoms.

The study, presented at the Clinical Trial on Alzheimer’s Disease conference in Boston on Saturday, isn’t as far-fetched as it seems. Stanford scientists have pioneered a process called parabiosis, in which young and old mice are connected with the same blood system. In the first studies, they were surprised to see that the young mice started showing signs of older metabolism, and chronic diseases. The next studies, in which the older mice not only were connected to the young mice by blood, but also given infusions of the young blood, were even more eye-opening. The older mice started to show improvement in their memory, namely their ability to perform mazes and find a specific target after a period of time.

That inspired another group of researchers at Stanford to see whether the same brain changes might be seen in people, and specifically in people with the early stages of Alzheimer’s, which affects memory.

They recruited nine volunteers, and asked them to come in to the labs every week for four weeks for a unit of plasma from a young person, which they obtained from the Stanford blood bank, or a placebo solution. Then the people were left alone for six weeks, and then switched to the young plasma or placebo for four weeks, whichever they hadn’t received in the first period. Another group of nine volunteers recruited later only received the young plasma for four weeks.

“We were expecting to find that [the plasma] was safe,” says Dr. Sharon Sha, clinical associate professor of neurology and neurological sciences at Stanford and lead investigator of the trial. “I wasn’t expecting to find any change in cognitive measures.”

But that’s exactly what they found. Among the 18 people, it was clear that the plasma seemed to be doing something. Those receiving the plasma showed statistically significant improvements in some measures of their independence, such as their ability to shop on their own, control their finances and balance their checkbooks. The study did not look at changes in cognitive functions such as memory or changes in Alzheimer’s markers, such as the protein plaques in the brain.

While it’s not clear how the young plasma is working to improve the people’s ability to function, Sha says it’s possible that plasma in younger people contains factors that are regenerative, and help cells and tissues — including those in the brain — remain healthy.

The next step involves replicating the results in a larger group of people, to verify the findings. If that holds, then Alzheimer’s researchers may have another strategy to investigate that might lead to a treatment. Keith Fargo, director of scientific programs at the Alzheimer’s Association, says that even if the results are repeated, it’s not likely that people will be lining up for infusions of young blood to protect themselves from Alzheimer’s. “Researchers will likely follow up with studies of what factors in young plasma made the plasma effective, which would give scientists potential targets for drugs made from those factors. I do not envision a future where people will be grabbing young plasma off the shelf to do infusions.” 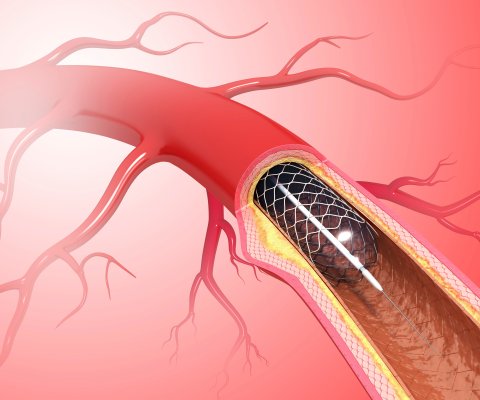 Do Heart Stents Work? What You Need to Know
Next Up: Editor's Pick