When you think of Tom Hanks, it’s likely his award-winning performances in Forrest Gump, Big and Cast Away come to mind first.

Next, you might consider his soothingly familiar voice, particularly his vocal-work as Sheriff Woody in the Toy Story films, a series adored by adults and kids alike.

Finally, you might turn your thoughts to Hanks’ highly amusing Twitter presence, where he indulges in a childish love of trolling people, from the actor Woody Harrelson to his own fans.

But now, the beloved movie star has yet another skill to add to the long list: his writing. Last month, Hanks’ first collection of short stories was published by Penguin Random House. The anthology, called Uncommon Type, contains 17 short stories on a variety of topics, from an Eastern European immigrant’s arrival in New York City to the tale of a woman adjusting to life after divorce.

But how did Tom Hanks the movie star become Tom Hanks the short story writer? On Nov. 1, the two-time Academy Award winner took the stage at the Southbank Centre’s 2017 London Literature Festival to discuss making the move from the screen to the page. Here’s what we learned from his remarks.

1. Nora Ephron inspired him to write

Hanks said the American writer and filmmaker, with whom he worked on the 1993 romantic comedy Sleepless in Seattle, helped inspire him to write.

“Nora always said, ‘Well, you wrote that.’ And I said, ‘I didn’t write that, that was just me complaining in a rehearsal!’ And she said ‘No, no, that’s what it is, that’s what writing is,'” he told the packed crowd. “She had always given me these writing props and bonafides. Everything we worked on together we approached from a writing perspective.”

Years ago, Hanks sent Ephron a copy of an article he had written for the New York Times. “I sent it to Nora and she kept coming back to me with suggestions,” he said. “The biggest one was ‘voice, voice, voice.'”

Hanks said he wrote a short story called Alan Bean Plus Four, which was published in the New Yorker in 2014. In preparation for writing it, he read “two volumes of the best writing from the New Yorker. I read everything but the poetry. Forgive me.”

3. But he’s big on non-fiction

Hanks said he reads a lot of non-fiction and loves reading the work of Bill Bryson, whose books include A Walk in the Woods and A Short History of Nearly Everything. “Bill Bryson could write about forks,” he joked. “He could write about a chimney and I’m there.”

Hanks’ other favorite non-fiction authors include Anna Funder (“she’s one of the first writers I wrote a fan letter to”), William Manchester (“a marvelous historian”) and Chaim Potuk (“he wrote about people who were so far removed from me but I recognized everything they went through”).

4. He owns more than 150 typewriters (but didn’t write his short stories on them)

Hanks, who was recently featured in the documentary California Typewriter, is a typewriter fanatic. He claims to own around 150 to 160 of them, collected from all over the world. But he admitted that he would like to work the number down to 20. “I don’t want to be buried with my typewriters. I don’t know how many cemeteries can hold 140 typewriters.”

“Collecting typewriters is a lot cheaper than collecting cars… or pianos,” he said. “Guitars are nice to collect. You can hang them on the wall, but if you don’t play the guitar, what’s the f-cking point?” he added, to much laughter and applause.

The actor explained that it is the “permanence” of what you can create with a typewriter that appeals to him, “even if you’re just writing ‘avocados’.” He writes all his shopping lists, memos and reminders on a typewriter, but only wrote a few pages of one of his short stories on one. “After about four and a half, five pages it was such a disaster I had to give up.”

Typewriters appear “like an Easter egg” in every story in Uncommon Type. “I was looking for some sort of device to spur each story in my head when I sat down to do it,” he said. “It actually was a marvelous tool in order to get into the work.”

5. There’s one book he really wishes he had written

Hanks said the one book he wishes he had written — “had I had the talent to do so” — is A World Lit Only by Fire by William Manchester. “It is fascinating, you learn so much, not just about the dark ages but all this stuff that puts it into purely human terms that has no nostalgia for the era, but is about literally [about] people’s… day to day existence.”

6. His favorite library is no surprise

“There’s a reading room at the New York City Public Library that is just — quite frankly, it’s so beautiful you can’t do any reading there,” he joked. “It’s just absolutely gorgeous. There’s something magnificent [about sitting] around, surrounded by all that scholarliness.”

7. The idea for most of the stories in his collection began with the title

Hanks told the crowd that most of the short stories in Common Type began with the title. “I’d try and find a little bit of prose poetry of what the title would be and have that spur me on,” he explained.

8. He lied about having read Moby Dick for a very long time

“Have you read Moby Dick?” Hanks sheepishly asked Gaby Wood, the journalist interviewing him. “It took me forever to read Moby Dick,” he continued. “I was one of those guys who pretended I had read Moby Dick… I didn’t read it until I was like 50 years old.” 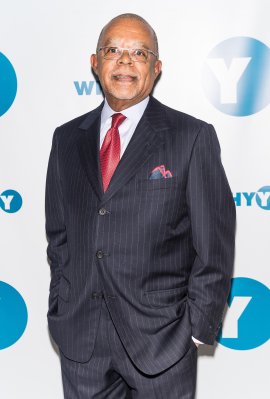 Henry Louis Gates Jr. on Identity, History and the Most Amazing Facts
Next Up: Editor's Pick