Colin Stretch (L), General Counsel of Facebook, Sean Edgett (C), Acting General Counsel of Twitter, and Richard Salgado (R), Director of Law Enforcement And Information Security of Google, are sworn in prior to testifying during a US Senate Judiciary Subcommittee on Crime and Terrorism hearing on Russian influence on social networks on Capitol Hill in Washington, DC, October 31, 2017.
Saul Loeb—AFP/Getty Images
By Ryan Teague Beckwith

A rogue customer service representative shut down President Trump’s Twitter account on their last day of work, an 11-minute outage that prompted the President’s critics to celebrate online.

But while it was mostly harmless, the brief suspension of the most-followed world leader on Twitter raises serious questions. In fact, Trump’s critics should be the most concerned about how it happened, since they’re more likely to be worried about Russian attempts to meddle in U.S. politics.

A former senior employee of Twitter told BuzzFeed that “a lot” of employees can suspend a user’s account and that a few hundred can deactivate one using a process that does not require any special engineering skills.

That might make sense for a staffer whose job is to look for accounts specifically set up to harass other users. In fact, critics have long charged that the social media company doesn’t do enough to fight harassment, especially of women and minorities.

The fact that Twitter didn’t make that change — in spite of the huge risk to its own image, as seen by Friday’s news — raises questions about how it’s handling other sensitive questions behind the scenes.

The same week that Trump’s Twitter account was suspended, a Twitter employee told Bloomberg News that the company ignored evidence that Ukranian and Russian trolls were setting up accounts. The Daily Beast revealed that Trump campaign adviser Michael Flynn, who later served as national security advisor, followed and retweeted some of the 2,750 Russian trolls in the days leading up to the election. And “Jenna Abrams,” a Twitter user whose deliberately provocative conservative opinions were spread all over the internet, was revealed to be a Russian troll.

Meantime, Facebook’s general counsel admitted to Congress that the company should have caught Russian accounts which were used to buy ads in an attempt to influence the U.S. election. The company’s estimate of how many users saw Russian propaganda was updated to 126 million users. And Congress released images of some of the ads which were bought, showing how they played up divisions among Americans along lines of race and religion.

In two days of testimony before Congress this week, representatives of Facebook, Google and Twitter promised that they would do more to crack down on Russian attempts to meddle in U.S. politics. But Twitter’s handling of the president of the United States’ own account shows they have a long way to go to earn back American’s trust. 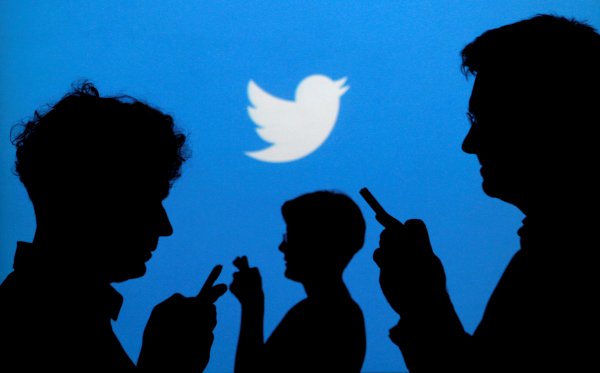 Twitter Bans RT and Sputnik From Buying Ads
Next Up: Editor's Pick