If Jennifer Lawrence popped out of the side of a building to ask you questions on Hollywood Boulevard, you’d probably be at a loss for words, too. For her guest-hosting gig on Jimmy Kimmel Live Thursday night, the Oscar winner shocked fans on the street when she emerged to challenge people to name five of her movies. Just five, but it proved to be a difficult challenge.

Most people — aside from Kimmel righthand man Guillermo — couldn’t do it, even though there was an ad for her latest film, mother!, plastered on the side of a double-decker bus across the street.

At best, the game turned into something more akin to asking your parents what kind of movies they’re thinking about: some of the answers were, “The one where you’re the woman who’s…,” “You definitely played the blue, you were like the blue…,” and “there’s a space one with the hot guy.”

“The point was to put them on the spot and humiliate myself, and guess what? Both happened!” Lawrence said as she introduced the clip on Kimmel.

Watch Lawrence run around Hollywood Boulevard in the clip above. 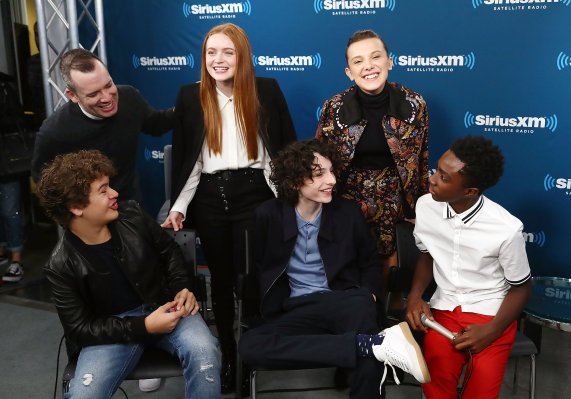 361,000 People Binge-Watched All of Stranger Things in a Day
Next Up: Editor's Pick