The boys of Stranger Things — that is, young actors Finn Wolfhard, Gaten Matarazzo, Caleb McLaughlin and Noah Schnapp — are becoming pretty good at this whole publicity tour thing. Their latest visits have been to the set of Jimmy Fallon’s Tonight Show, and on Thursday night they even showed off some very intriguing interpretive dance moves while promoting their super-popular Netflix series.

In a Stranger-Things-themed dance battle, the kids and Fallon were each served up an unusual kickoff phrase using a “dance move generator” (with prompts like “toastin’ waffles” and “flashlight with a mind of its own”), from which they then needed to come up with a solo dance. While Wolfhard performed the act of toasting and consuming waffles, costars like Matarazzo took the prompt as more of a general suggestion and worked in some impressive choreography. And McLaughlin might have stolen the show with his approach to “breaking through the goo.” (Schnapp struggled a bit in understanding what “trying to fix an 80s TV” might really entail, to Fallon’s chagrin.)

But you’ll have to watch to the end for what Fallon calls the “Upside Get Down,” an impromptu group dance with charms all its own. 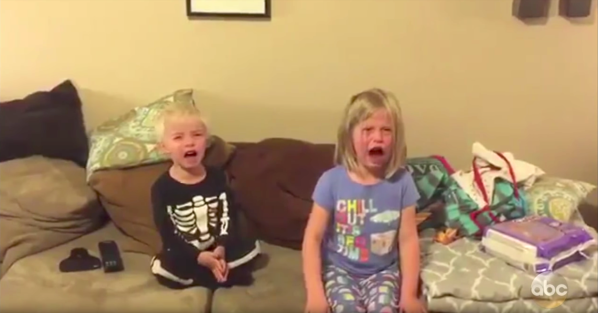 Jimmy Kimmel's Torture Continues With the 'I Ate Your Halloween Candy Prank' and the Joke Holds Up
Next Up: Editor's Pick