His posts keep the world posted and on edge, but for more than a few minutes Thursday night, his account disappeared before it went back to normal. Trump has used his Twitter account to share announcements, unload off-the-cuff commentary and notoriously, to issue incendiary strikes.

Later Thursday evening, Twitter posted a message from its Government and Elections team sharing that the president’s account was deleted “due to human error by a Twitter employee.” According to the tweet, Trump’s @realDonaldTrump was down for 11 minutes before being restored to its former status.

Twitter’s government account later shared an update. “A Twitter customer support employee who did this on the employee’s last day.”

For Trump’s part, on Friday morning, he responded about the “rogue employee.”

With that tweet, Twitter served up an irresistible meal for his critics who gleefully snapped up the opportunity to celebrate the mystery employee, spreading praise through pop culture memes.

Many championed this mystery employee and imagined what it looked like when he or she rode out of the office that day.

And there were several other takes that referenced pop culture walking out moments.

Someone worked in a joke about a certain opponent. 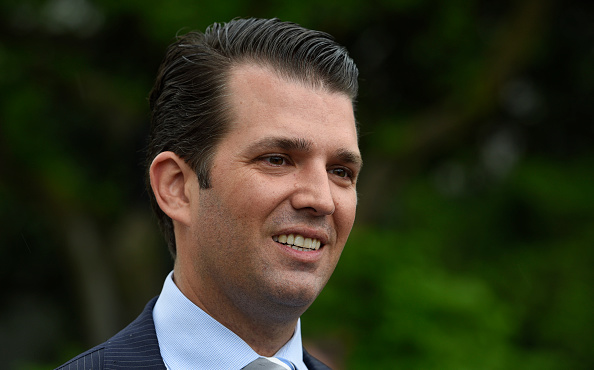 The Internet Didn't Hold Back on Donald Trump Jr.'s Halloween Tweet About Socialism
Next Up: Editor's Pick