Throughout his candidacy and since he was elected president, Trump has used Twitter as a frequent means of communication, tweeting everything from jokes to criticisms to important policy announcements. Some of his tweets have attacked individuals and caused some to argue that the messages violate the social media platform’s rules about abuse.

Later Thursday evening, Twitter posted a message from its Government and Elections team saying that the president’s account had been deleted “due to human error by a Twitter employee.” The tweet said @realDonaldTrump was down for 11 minutes before being restored.

Twitter later said that the error was made by a customer support employee on their last day of work, and that a “full internal review” is under way.

As Twitter users tried to figure out what was happening to Trump’s account before the company clarified on Thursday, many piled on in making jokes about the president’s being banned from the platform. 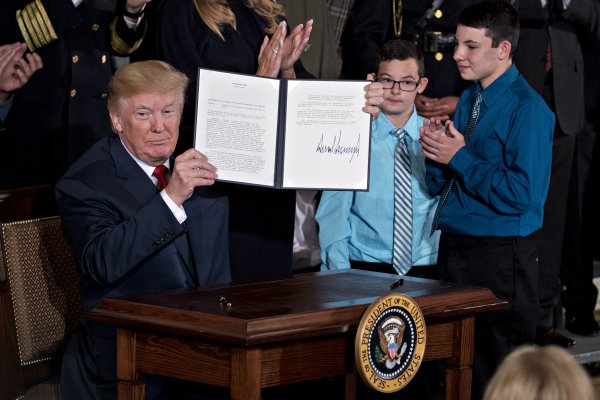 President Trump’s Says He Wants to Stop the Opioid Crisis. His Actions Don’t Match
Next Up: Editor's Pick