Social Media Networks Are the Handmaiden to Dangerous Propaganda

Patrikarakos is a contributing editor for The Daily Beast, a contributing writer for Politico Europe and the author most recently of the forthcoming War in 140 Characters: How Social Media Is Reshaping Conflict in the Twenty-First Century, out Nov. 14 from Basic Books.

New York again. Uzbek immigrant Sayfullo Saipov has now been charged with the death of eight people after ploughing into them in a truck in downtown Manhattan on Oct. 31. He also stands accused of “providing material support and resources” to the terror group ISIS.

The latter charge stems from the discovery of 90 ISIS propaganda videos on his phone that Saipov freely admitted had inspired him to commit the atrocity. The New York Police Department’s Deputy Commissioner of Intelligence and Counterterrorism John Miller told journalists that Saipov appeared “to have followed almost exactly to a ‘T’ the instructions that ISIS has put out in its social media channels before, with instructions to their followers on how to carry out such an attack.”

The link between online ISIS propaganda — easily found on a variety of social media platforms — and the death of eight people is linear and clear. A guy found some crazy stuff on a site, like we all do – regardless often of whether we even want to or not. But this leads to a fundamental question: How is it still so easy for terrorism to flourish online?

The answer is two-fold.

The first problem is both egregious and likely unfixable: The U.S. government, for all its vast size and power, has been helpless in the face of the sheer volume of ISIS propaganda.

The Center for Strategic Counterterrorism Communications (CSCC) at the U.S State Department is the body charged with countering jihadist propaganda. Founded in 2011 it was, from 2013 to 2015- the period that saw ISIS first emerge and then reach the zenith of its power – charged with battling the group online. It faced down both ISIS’s official media arms and its army of followers — the so-called “Knights of the Uploading.”

But there was a problem: CSCC was hopelessly outgunned. On Twitter, the tweets its Digital Outreach Team produced compared to ISIS and its followers was a ratio of 1 to 99. To add to this, from 2014 to late 2015, a former CSCC head estimated to me that ISIS produced 1,800 videos whereas CSCC produced a total of around just 300 from February 2011 to February 2015.

The propaganda is only increasing. ISIS is almost defeated on the ground in Iraq and Syria, and as its physical caliphate shrinks to almost nothing, the group is determined that its virtual caliphate will live on in cyberspace. Above all, ISIS is a brand; terror attacks abroad are what it needs to remain in the global consciousness.

But even if the state could, the solution is not simply to produce more counter-propaganda. Because the U.S. government is also damned by something else: its own essence. The last entity a young, disaffected Muslim is going to listen to is the U.S. government. It increasingly uses third-party (mainly Muslim) voices to combat Jihadist propaganda; but again, the numbers are too small.

The authorities could not have stopped Saipov from accessing ISIS propaganda. And once he had it, in all likelihood they could not have adequately discredited it.

In recent Congressional hearings — dubbed the “Tech Hearings” — the U.S. government interrogated Facebook, Twitter and Google about the extent to which “fake news” influenced the nation’s 2016 presidential elections. On Facebook alone, Russian-influenced content reached 126 million Americans between June 2015 and August 2017; the operatives published about 80,000 posts. In the hearings, Facebook’s legal representative acknowledged that the company could not track all of its advertisers — let alone its users.

At this heart of this chilling fact lies, once again, the very essence of the counter-force. What are the big social media platforms, actually? We believe them to be mere neutral platforms for social interaction — an identity they cling to with all their outsize might. But they are not. They are businesses designed to make money, and the way they make money is by targeting advertisements to us and keeping us on their platforms for as long as possible by feeding us with content their algorithms calculate we will like.

This is a business model that does not naturally turn away advertisers and, more relevantly to the case of ISIS, close down large swaths of user accounts, not to mention police them. The more people that use a platform designed to connect as many as users as possible — even if they spread propaganda or hate speech — the more successful it is. Tech companies also have a libertarian free speech model that decries censorship and, rightly, believes in freedom of speech. They have slowly hedged this idealism and in recent years have taken down of thousands of Twitter and Facebook jihadist accounts. But not enough is being done, if it even can be in this current model. Saipovs are still being produced — and with increasing regularity. The social media networks have become a handmaiden of propaganda.

Already, self-imposed plans are in place for full public disclosure of who has paid for advertising, as are bipartisan measures wending their way through Congress. But again, those only address advertisers. If the legislation fails and we cede that ground, then we will never reach a magnitude of governance that will sufficiently reach the hateful actors thriving in the territory guarded by these social media giants, who have exhibited an alarming lethargy and selfish myopia.

These companies’ efforts have proven inadequate. It is time for the government to draft clear legislation for what is impermissible on the great social media platforms of our age. Failure to comply must result in heavy fines and public censure.

But the problem is also a global one. Social media platforms are transnational by their nature; they respect neither national borders nor judicial jurisdictions. There must therefore be a global response, too. The U.N. or another suitable body must endeavour to agree upon strict guidelines that determine what material is prohibited from social media platforms. There must be something of a Paris Accord for the field.

Until this happens, many more Saipovs will emerge; elections both in America and abroad will become compromised; and many more people will live in an illusion fostered by falsehoods or even, as we have seen, continue to die. 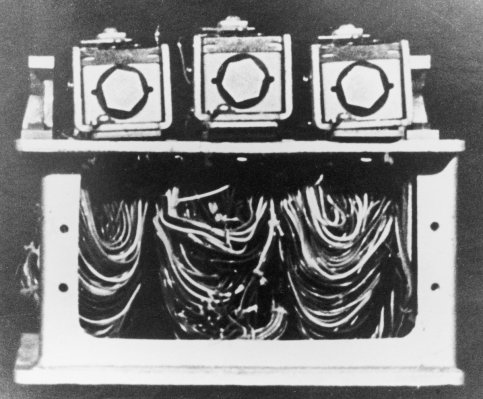 The Forgotten Women Who Helped Create the Field of Cybersecurity
Next Up: Editor's Pick