Republicans in Congress have argued that they must pass their tax reform proposal to keep their voters happy as the party heads toward the 2018 midterm elections.

But it’s an open question how the Republican tax plan would affect the average Trump voter.

“I think it would impact different parts of the base differently,” says William Gale, chairman of the Brookings Institute’s Economic Studies and who served as an economic adviser to President George H.W. Bush. “The rich donors who are part of the base would come out quite nicely from this proposal. The proverbial kind of lower-middle-class worker is not going to benefit as much, particularly when the financing of the tax cut is taken into account.”

Called the Tax Cuts and Jobs Act, the tax proposal would reduce the number of tax brackets from seven to five, immediately cut the corporate tax rate to 20% and nearly double the standard deduction for individuals and married couples in exchange for limiting or eliminating several popular deductions.

When you think of President Trump’s base, you might think of white, working-class voters struggling in a rapidly shifting global economy. But several analyses have challenged that assumption. Statistician Nate Silver, for one, found that during the Republican primaries, the median household income for Trump voters was $72,000, or about $20,000 higher than the overall median income at the time. (Silver got the data from exit polls in 23 primary states.)

Meantime, Trump and Democratic nominee Hillary Clinton split the vote among wealthy Americans, defined as those making over $250,000. And it was Clinton, not Trump, who received more overall support from lower-income voters — she won with 53% of voters making under $30,000 annually, and 52% of those making between $30,000 and $49,000.

If you start with Silver’s data and assume the median household income of a Trump supporter is about $72,000, then those voters would get a tax cut from the Republican tax plan. Data compiled by The New York Times show that individuals with incomes between $19,050 and $77,400 would be taxed at 12% under the plan, rather than the current 15%. Those Americans would also likely benefit from the expanded standard deduction and the increase in child tax credits, according to Nicole Kaeding, an economist with the Center for State Tax Policy at the Tax Foundation. “There are a number of ways that these sort of individuals would likely see a tax cut,” she says.

Still, Gale said the Republican proposal is best assessed on an individual basis.

“If you tell me to look at someone with a half a million dollars or a millions dollars in income, it would be pretty straightforward to say they were going to get a very big tax cut,” he said. “For somebody in [a lower income bracket], it’s just hard — there are very many moving parts. Some of those people might end up with tax increases, some with tax reductions. You just can’t give a number based on the income level.”

The Tax Foundation has provided hypotheticals about how families of different incomes would fare under the current plan. For a family of four earning $85,000, the Foundation estimates that their after-tax income would increase by 1.4 percent, and benefit from the child tax credits and an overall saving of ten percent.

This seems aligned with the assessment provided by Doug Hall, the Director of Economic and Fiscal policy at the Economic Progress Institute. Hall explained that middle income families like the one above will benefit, but argued the gains would be modest in comparison to what could have been achieved with the lost revenue from tax cuts.

“[The relief] seem appealing at first glance, but when we recognize the price thats being paid in terms of provisions of programs and services that are important for improving the fabric of our nation, that price tag is probably too high,” Hall explained. “What the whole thing really is is an attempt to get everybody else on board for what is essentially a huge tax cut for the very wealthy and for corporations.”

Indeed, Gale warned that there’s good cause for less wealthy Americans to be alarmed about the Republican plan: Many of the proposal’s cuts for Americans at the top are likely to be funded by cuts elsewhere. “What’s clear is that this is a very high tax cut for high income households and that the tax cut has to be paid for somehow,” he said. “Both things in conjunction do not bode well for low- and middle-income households.”

Correction: The original version of this story incorrectly quoted Doug Hall, Director of Economic and Fiscal policy at the Economic Progress Institute. He said the Republican tax bill would affect “programs and services” important to the country, not “premium services.” 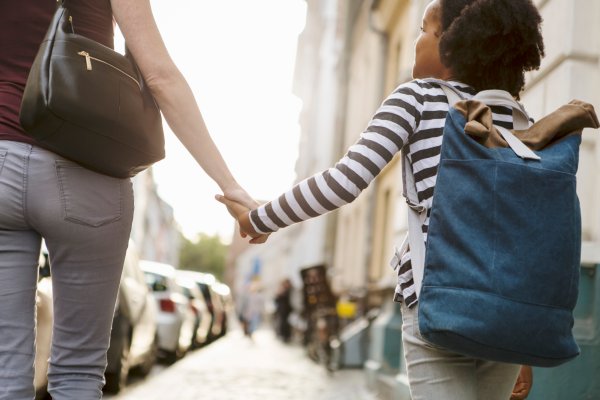