New York City Marathon Runners Are Slowing Down. Here's Why

On Sunday, tens of thousands of people will run a 26.2-mile route from Staten Island and through the five boroughs to Central Park in the 47th annual New York City marathon. Last year, 51,392 men and women completed the race with an average time of 4:37:38.

While that figure is impressive to all of us who choose not to endure the agony, it may surprise those who ran the NYC Marathon in its salad days. The marathon began in 1970 with just 55 runners —all men — who averaged a completion time of 3:31:15. Over the course of the 1980s, when the annual race had taken off in popularity, the average finish time was 4:02:46. It has gone up every decade since, plateauing in the 2000s at just over 4:30.

It’s a trend that, according to a TIME analysis of over 1 million participants who have completed the race since 1980, applies to the fast, the average and the slow alike:

In 2009, the New York Times suggested this trend was at least partially due to what one might call “marathon tourism” — participants who do not seriously train and care more about the “26.2” bumper sticker than they do about finishing in under eight hours. In July, the Washington Post interviewed several experts who likewise pointed the finger at these less competitive runners. “Average times are slowing because more and more races are emphasizing their social aspects,” one race statistician said.

“We’re not concerned with peoples’ times,” says Chris Weiller, a spokesman and senior vice president of New York Road Runners, which organizes the race. “We see the marathon and all of our races as an opportunity for all people of all ages and abilities to participate. We want any runner to run in our race.”

That said, a close look at the data suggests that there are many clearer explanations for the slowdown in finish times. The most obvious is that the average age of participants has risen steadily as the marathon itself has infiltrated more and more bucket lists. In the 1980s, the average runner who completed the race was 37 years old. Since 2011, that figure is close to 41.

Unlike the 1970 male-only race, each year the New York City race comes closer to gender parity, having reaching nearly 42% women in each of the past two years. Statistically, women tend to take an average 30 minutes longer than men to complete the Big Apple marathon. (Women have also been shown to maintain their pace better than men.)

Ariel Kohane, who has run the New York City marathon 20 times — typically bedecked with campaign paraphernalia for whichever Republican is up for election that week — says he hasn’t witnessed a great deal of non-serious runners in years when injuries have kept him at the back of the pack.

“Some of them were taking it seriously, and some of them weren’t,” Kohane said of his fellow stragglers last year, when back pain held him up. “Some of the people were either also injured or sick or may have had some other disabilities, or were possibly very new and inexperienced or who didn’t train. Or they just had the wrong strategy.” (This year, Kohane will be sporting signs for Republican Nicole Malliotakis, who is running for mayor, as well as his custom-made Donald Trump yarmulke.)

All told, the much-discussed slowing of the American runner is a simple case of regression to the mean. The more popular marathons get, and the more people who run them, the higher the average finish times will climb. If this were solely the fault of the marathon tourists, we would not see the same slowdown in the top 10% of finishers, depicted above. The fastest of the fast may remain as fast as ever, but the fastest of the general population of runners will grow each year to encompass more and more people who, while perhaps not destined to be Olympians, are unquestionably taking the race seriously.

All data was collected from the publicly available results for each marathon runner since 1970 on the New York Road Runners website. The average times in this article differ very slightly from those displayed by NYRR because their overall averages are the average of the mean completion times for men and women separately, without weighting for the proportion of runners by gender. TIME’s figures average every runner regardless of gender.

Correction: The original version of this story misstated the date of the 2017 New York City Marathon. It is Sunday, Nov. 5, not Saturday, Nov. 4. 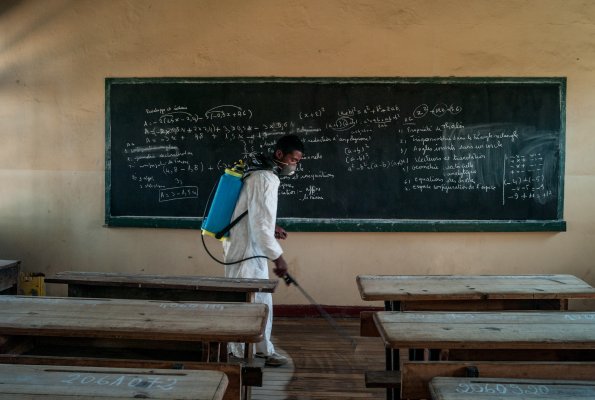 Madagascar Plague: What You Should Know About the Outbreak
Next Up: Editor's Pick