Why We Shouldn't Exaggerate the Scale of Terrorism

Investigators work around the wreckage of a Home Depot pickup truck a day after it was used in a terror attack in New York on November 1, 2017.
JEWEL SAMAD—AFP/Getty Images
Ideas
By John Mueller
Mueller, a senior fellow at the Cato Institute and a political scientist at Ohio State University, is the author of Overblown, Atomic Obsession and, with Mark Stewart, Chasing Ghosts: The Policing of Terrorism and Are We Safe Enough?

Whenever terrorism is being reported on, some effort should be made to put the issue in context. It only takes a few words: Since 1970, an American’s chance of being killed by a terrorist in the U.S. is one in four million per year. Since September 11, 2001, it is one in 50 million per year. But it almost never happens. Instead, there is a strong tendency to inflate the dangers presented by, and the capacities of, the terrorists who may be lurking out there.

In the years since 9/11, jihadist terrorists have managed to kill about six people a year within the United States — including the recent atrocity in Manhattan. These deaths are tragedies, no doubt. But some comparisons are warranted: lightning kills about 46 people a year, deer-caused car accidents another 150 and drownings in bathtubs around 300. While violence from terrorism presents a concern for the United States, the scope of the hazard is so limited that it is a considerable stretch to even label it a “threat.”

“We can’t have another 9/11” remains a conversation-stopper, though that event remains an extreme outlier: scarcely has any terrorist deed before or since visited even one-tenth as much destruction, even in war zones. It is possible to argue that the damage committed by jihadists since 9/11 is so low because “American defensive measures are working,” as national security analyst Peter Bergen has put it. These measures should be given some credit, but it is not clear that they have made a great deal of difference.

It is certainly possible that a few of those in plots that have been foiled would have been able to get their acts together and actually do something. But while our extensive and very costly security measures may have taken some targets off the list for most terrorists — commercial airliners and military bases, for example — no dedicated would-be terrorist should have much difficulty finding other potential targets if the goal is to kill people or destroy property to make a statement. The country is filled with them, and the attack in Manhattan showed this to be unfortunately and irremediably true. Even still, the capacities of would-be terrorists in the U.S. are singularly unimpressive. As RAND’s Brian Jenkins concludes: “Their numbers remain small, their determination limp, and their competence poor.”

As we mourn the lives lost — and sort through our fears after acts intended to inspire them — we must also remind ourselves that it was an exceedingly rare event.

I once asked a man at the National Institutes of Health how much he would pay to eliminate a disease that killed six people a year. He looked at me as if I’d lost my senses. 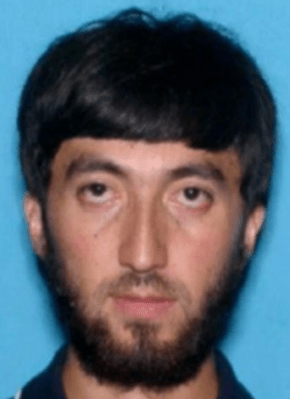 The FBI Is Looking for Another Uzbeki Man in Connection With the New York Truck Attack
Next Up: Editor's Pick