Colin Stretch (L), General Counsel of Facebook, Sean Edgett (C), Acting General Counsel of Twitter, and Richard Salgado (R), Director of Law Enforcement And Information Security of Google, are sworn in prior to testifying during a US Senate Judiciary Subcommittee on Crime and Terrorism hearing on Russian influence on social networks on Capitol Hill in Washington, DC, October 31, 2017.
Saul Loeb—AFP/Getty Images
Ideas
By Katy Steinmetz

It’s easy to think of Silicon Valley companies – such as Google, Facebook and Twitter – as our faithful friends, just like it’s easy to forget how much access they have to our time and our minds. The tech industry has long floated on a cloud of good will, puffed up by consumers who love its products and investors who love its profits, as well as the companies themselves: Silicon Valley is lousy with promises to solve unsolvable problems while making the world a better place.

The reality is messier. Yes, those companies have helped revolutionize the way we live in wondrous ways. But their growth has been cataclysmic. Regulators have struggled to keep pace with the influence and impact of platforms that are now used by billions of people every month. And, as was made clear in Washington, D.C., this week, so have the companies themselves.

At Senate committee hearings on Tuesday and Wednesday, representatives from Google, Facebook and Twitter sat in congressional hot seats where auto industry and oil industry executives have sat before them. The central issue before lawmakers was the spread of disinformation and “extremist content” online, particularly Russian meddling in the 2016 election and further campaigns that have leveraged social media to “sow conflict and discontent all over this country,” as one lawmaker put it.

As was noted by the lawmakers and tech companies, the Russian efforts did not stop on Election Day and the motivations behind the meddling are more complex than seeking to help Donald Trump win the White House. Some posts linked to Russia on social media appeared to be aimed at inflaming divisions on social issues — race, immigration, religion — or undermining Americans’ faith in government as ends in themselves. And the Russian campaign is emblematic of bigger issues, said Sen. Mark Warner, exposing just part of “the dark underbelly of the ecosystem you have created.”

With threats ongoing and evolving, and with tech companies still struggling to determine the extent of Russian interference, the subtext of the hearings was about what comes next. Can the public trust these proud American firms to prevent future abuse, in all the complicated forms it might take? Or does Washington need to step in to make sure the cycles they create are more virtuous than vicious?

Though lawmakers are subject to the same fanboy tendencies as the rest of us — they repeatedly emphasized the brilliant things companies such as Facebook do for individuals and the American economy — they also seemed dubious about whether tech companies really have control over their own platforms and products. “I think you do enormous good,” Sen. John Kennedy, a Louisiana Republican, said on Tuesday, “but your power sometimes scares me.”

California Sen. Dianne Feinstein, a Democrat who represents the state where all three companies are headquartered, was harsher on Wednesday.

“I must say, I don’t think you get it … What we’re talking about is the beginning of cyber warfare,” she said. “You have a huge problem on your hands. The U.S. is going to to be the first of the countries to bring it to your attention and others are going to follow, I’m sure, because you bear this responsibility. You’ve created these platforms, and now they are being misused.”

None of the companies shirked that responsibility in their testimony, even if they hadn’t figured out exactly how to meet it. Facebook general counsel Colin Stretch said that nearly 150 million users of Facebook and Instagram may have seen posts or other content peddled by Russia-backed trolls around Election Day. Twitter identified almost 37,000 accounts that may have been part of the same campaign, which sent out an estimated 1.4 million tweets. Google, whose representative endured less grilling than the other two because it is not primarily a social media platform, turned up 18 YouTube channels that were likely associated with those efforts.

All the witnesses agreed that Russia meddled in the election and testimony suggested that the way its agents manipulated the system caught them unprepared. “The abuse of our platform to attempt state-sponsored manipulation of elections is a new challenge for us,” said Twitter general counsel Sean Edgett.

And it is one of many. Beyond Russia, lawmakers spoke about terrorists using social media to find new recruits, about users posting how-to videos for building bombs, about sex trafficking and drug trafficking, about child safety and the perennial challenges of censoring hate speech while protecting the rights of free expression. As these companies have grown, they’ve relied on algorithms to help with the workload, and the limitations of machines came under fire, too. As Democratic Senator Al Franken noted on Tuesday, algorithms will make mistakes like identifying a common interest of “Jew-hating” among Facebook users and offering that up as a way for marketers to target ads. (Stretch admitted that the episode was “deeply offensive.”)

At one point on Tuesday, Franken also mocked the notion that these companies have produced “the most sophisticated things invented by man ever,” to some laughs from the crowd. It was a humbling moment for companies that are more often hyped up than taken down a peg.

Throughout the hearing, Google, Facebook and Twitter all emphasized that bad actors are a tiny minority among their users and vowed to keep improving their efforts in rooting them out, whether that means hiring thousands of humans to review content or being more transparent about who is paying for ads. “Elections continue all the time,” Edgett said, flicking at the fact that companies have to navigate these nuances not just in America but in hundreds of countries and languages around the world.

The companies vowed to keep working with the committee too, but they stopped short of endorsing legislation that would regulate political ads on social media more like they are regulated on TV. Some lawmakers called on the companies to alert the millions of users who might have been exposed to fake content as part of a public awareness campaign — so everyone can get better at spotting trolls that hide behind anonymous Twitter handles and made-up names on Facebook.

Even if that happened, it would likely be a partial picture. National security experts testified that they don’t believe these companies have found more than the “tip of the iceberg” when it comes to Russian interference. Nor did they believe the likes of Facebook and Twitter, with their Earth-sized footprints, have the ability to figure out the true identities of their millions of advertisers.

Sen. Richard Burr boiled down the government’s message as he closed the Senate intelligence committee’s hearing on Wednesday morning.

“Don’t let nation states disrupt our future,” he told Facebook, Twitter and Google. “You’re the first line of defense.” And Feinstein promised that there will be more action from D.C. if lawmakers believe the companies that make America’s favorite things are failing to protect the people who use them every day.

“You have to be the ones to do something about it,” she said. “Or we will.” 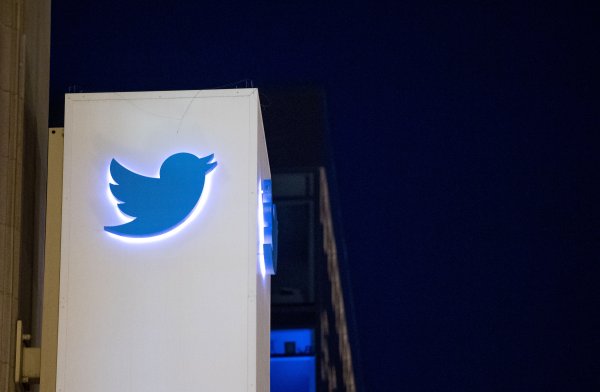 Twitter Will Begin Labeling Political Ads
Next Up: Editor's Pick