Paul Manafort's Indictment Could Have Some Washington Lobbyists on Edge

The indictment of President Trump’s former campaign chief could lead some Washington lobbyists for foreign interests to double-check the paperwork they file under an often-ignored federal statute.

As part of a 12-count indictment of Paul Manafort, prosecutors included charges that the longtime Republican operative misled the government about the nature of his work for the Ukrainian government under the Foreign Agent Registration Act, or FARA.

The law was created decades ago to curb Nazi propaganda efforts in the U.S., but the Manafort case could prove to be the biggest time in recent memory that it’s been used, perhaps indirectly strengthening it as a result.

“I think it might scare people into being more compliant with their registration,” says Hans von Spakovsky, senior legal fellow at the conservative Heritage Foundation. “But I don’t see the Justice Department suddenly having a slew of prosecutions under it.”

FARA was passed in 1938 over concerns about Nazi propaganda agents operating in the United States before World War II. The law states that every person working on behalf of a foreign entity— lobbyists, lawyers or advertisers, for example— needs to register with the Justice Department and provide details of the arrangement.

It would certainly help the influence of the law to have more people properly register. According to a Justice Department document published in 2016, 62% of initial registrations were late.

“It’s no secret among those of us who have tried to be totally complaint that a lot of people out there simply don’t bother to register,” says Toby Moffet, a former Democratic congressman now at Mayer Brown.

But the reason von Spakovsky is skeptical about increased prosecutions is that it’s generally considered a toothless law, and prosecutions under FARA are rare. DOJ only brought seven criminal FARA cases between 1996 and 2015, according to the report. And enforcement is weak: the FARA section of the Justice Department website says it seeks “voluntary compliance” with the law. The Office of the Inspector General, which released the report, “concluded that the DOJ lacks a comprehensive FARA enforcement strategy.”

“The law has historically not been well known, and there is also a documented history of late filings,” says Dan Pickard, an expert in FARA at Wiley Rein. “On top of this the FARA registration unit, which is composed of intelligent and hard-working professionals, has limited staff and resources but considerable responsibilities.”

The Justice Department declined to comment for this piece.

Even if the actual mechanisms of FARA enforcement aren’t strengthened, experts say having it included even as a small part of the story surrounding the special counsel’s Russia investigation could change how the law is perceived.

“The indictment of Paul Manafort and Richard Gates may be the first sign of an uptick in FARA enforcement,” says Pickard. “And with FARA appearing in newspaper headlines on an almost daily basis, it is reasonable to expect that this law is likely to get more attention in the very near future.” 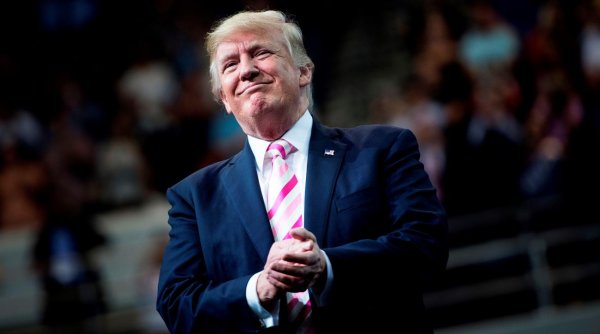 What President Trump Got Wrong About the New York City Attacker
Next Up: Editor's Pick