Here's Your Headless Halloween Weatherman with the Night's Forecast

Nothing to see here, just your friendly neighborhood headless weather reporter delivering the day’s forecast comfortably from the crook of his arm.

For an on-point Halloween prank, the U.K.’s Met Office — the government’s official meteorological agency — decided to give viewers a heads up on the weather with a twist. Must be nice to have an in-office green screen to deceive audiences at the drop of a hat — or head. Beyond the headless effect, they also made sure to update the names of cities with a spooky twist (Norwich became Norwitch, for instance, and London turned into Londemon), not to mention the added eerie sound effects of creaking doors and yowling cats. And they swapped out the colors of clouds, turning the screen into a mix of purple and green. Not bad, Met Office, not bad!

In an added behind-the-scenes video, the Met Office shows how the two reporters — Chris Page and Alex Deakin — suited up for their seasonally appropriate gag.

Unfortunately for some U.K. trick-or-treaters, though, the actual forecast calls for “a soggy night across western Scotland in particular” and scattered showers in northern England, so they might have to cover up their own costumes with appropriate rainwear in those areas — although elsewhere it will be “milder” than of late. 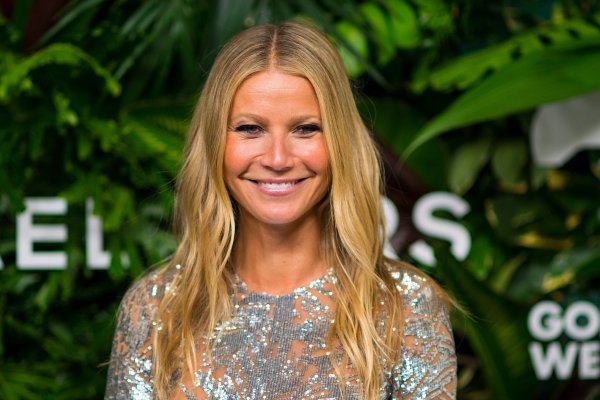 Here's How Gwyneth Paltrow Channeled Her Past to Scare You on Halloween
Next Up: Editor's Pick