Billy Eichner definitely brought the Halloween spirit to Monday’s episode of The Late Show. The American Horror Story not only donned a banana costume for his chat with Stephen Colbert, but came prepared with a festive game to play with the host: “Hocus Pocus or Trump’s White House?”

Eichner then proceeded to rattle off tidbits such as, “Ben Carson believes that it’s real,” “has inspired Bette Midler to do a lot of screaming and complaining,” and, “seems like it started almost as a joke but now for some reason we have to take it seriously,” as Colbert — who admitted he has never seen Hocus Pocus — struggled to stay on track. 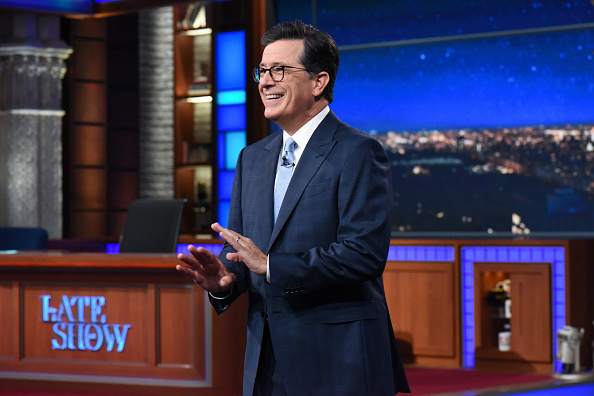 Stephen Colbert's So Pumped About Trump's Indictment-Filled Halloween It Feels Like Christmas
Next Up: Editor's Pick