See the Official Portraits of Donald Trump and Mike Pence

The White House on Tuesday released the official portraits of President Donald Trump and Vice President Mike Pence, which will hang in every federal building in the country.

Trump is pictured grinning in front of an American flag, a stark departure from his Twitter profile picture, which shows him seriously staring into the camera.

The long anticipated portraits were released more than nine months into Trump’s presidency. By contrast, former President Barack Obama’s official portrait was released before he was even sworn into office.

“We ordered hundreds of them back in January,” a federal official recently told the Washington Post. “I periodically ask what’s going on, because it’s noticed by employees in our agency that there’s nothing up.” 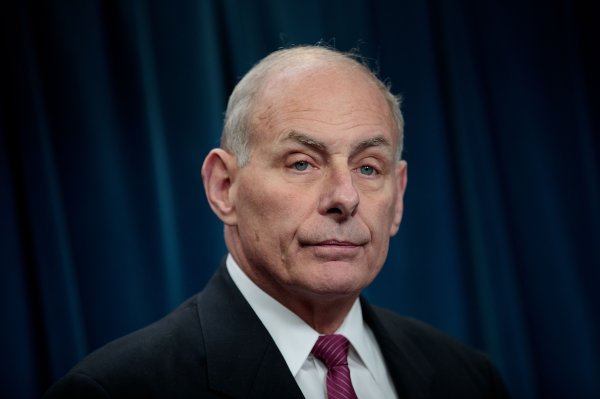