Following the Friday release of season two of the sci-fi megahit, Harbour begun sharing side-by-side photos of himself and co-star Joe Keery — who plays Steve — to prove that he was rocking the bully turned babysitter extraordinaire’s coiffed locks long before the show began.

“So sick of these slick, handsome reboots,” he captioned the first post on Instagram. “This nostalgia…Hollywood is just fresh out of ideas. Watch the original.”

However, he also gave a shout-out to the man who apparently inspired his look back in the day, Patrick Swayze.”The lineage is strong,” he wrote alongside shots of all three actors. “And I hope this will teach you not to encourage me, internet.”

Luckily, it looks as though Keery’s uncanny resemblance to Harbour’s younger self will continue to be part of our feeds. “My instagram forthwith will be nothing but this,” Harbour captioned his most recent post. “Unfollow me pls.” 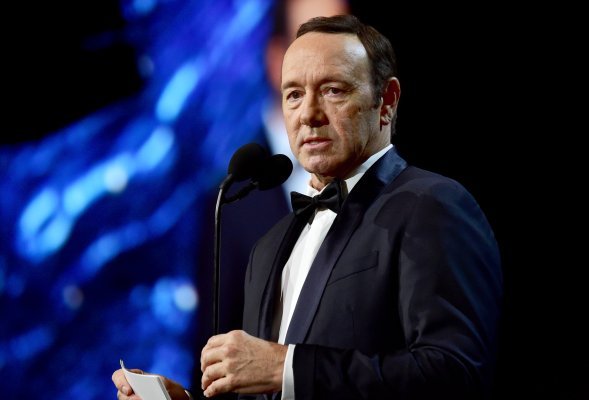 Kevin Spacey Has Award Revoked Over Sexual Harassment Claims
Next Up: Editor's Pick