A Netflix representative confirmed the news to TIME Monday after an initial report from TVLine. According to Netflix, the decision to end House of Cards is not because of recent sexual assault allegations against one of the show’s stars, Kevin Spacey.

Sunday night, Spacey was accused of making a sexual advance towards actor Anthony Rapp in 1986 when Rapp was just 14 years old. Hours after the story broke in a BuzzFeed report, Spacey posted a statement on his Twitter account apologizing for his “deeply inappropriate drunken behavior,” and officially came out as gay.

On Monday, Netflix and House of Cards production company Media Rights Capital issued a joint statement say they were “deeply troubled” regarding the allegations. “In response to last night’s revelations, executives from both of our companies arrived in Baltimore this afternoon to meet with our cast and crew to ensure that they continue to feel safe and supported,” the statement said, adding that Spacey was “not working on set at this time.”

Netflix began production on House of Cards’ sixth season earlier this month even though the company never announced that another season was on its way.

The show’s creator and former showrunner, Beau Willimon, released a statement Monday in response to the allegations against Spacey.

“Anthony Rapp’s story is deeply troubling. During the time I worked with Kevin Spacey on ‘House of Cards,’ I neither witnessed nor was aware of any inappropriate behavior on set or off,” Willimon wrote. “That said, I take reports of such behavior seriously and this is no exception. I feel for Mr. Rapp and I support his courage.”

Spacey drew swift condemnation from some critics who felt that the two-time Academy Award winner’s decision to come out in the same statement apologizing to Rapp was used as a distraction from the sexual assault allegations.

“Coming-out stories should not be used to deflect from allegations of sexual assault,” GLAAD president and CEO Sarah Kate Ellis said in a statement. 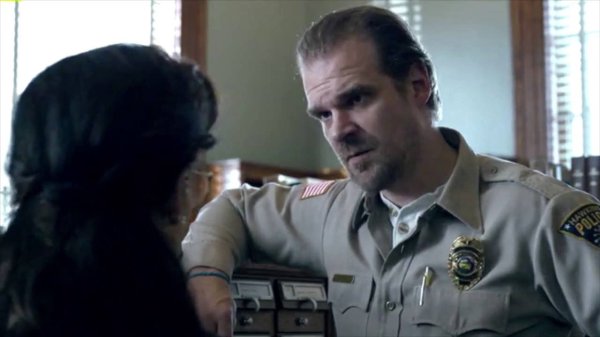 Stranger Things Gave Us the Dad Dancing Meme We Didn't Know We Needed
Next Up: Editor's Pick