The Best Celebrity Halloween Costumes of 2017

Halloween is a prime opportunity to escape reality for a night by donning a costume and assuming another identity, something that’s not lost on even the biggest of celebrities. This year, everyone from power couple Beyoncé and Jay Z (who turned up as fellow iconic pair Biggie and Lil’ Kim) to Kim Kardashian West (who’s already sported three different costumes ahead of the actual holiday) has gone all-out with their ensembles for Halloween. See the best celebrity Halloween costumes of 2017 so far below.

Kim Kardashian West paid homage to some of the music industry’s most iconic ladies with an Aaliyah look, a Cher costume (complete with Jonathan Cheban as Sonny), and a joint costume with sister Kourtney where the pair dressed as Michael Jackson and Madonna.

Demi Lovato embodied Selena Qunitanilla for Halloween much to the delight of their respective fans.

Kendrick Lamar’s religious references came to life when he dressed as Jesus Christ for Halloween.

Steph Curry just wanted to play a game when he entered Oracle Arena as Saw‘s Jigsaw.

Adele dressed up as a glamorous court jester for this Halloween.

Nas honored the late Richard Pryor with his costume this year.

Swizz Beatz dressed up as the beloved Sloth from the The Goonies for Halloween this year.

Gwyneth Paltrow took a meta approach to her costume this year, dressing up as the character that she portrayed in the movie Se7ven. Low-maintenance, tongue-in-cheek, and clever? Gwynnie makes an Internet win.

Joan Smalls and Karlie Kloss made for a sexy cat and mouse duo at a Halloween party.

Kristen Bell was forced to dress as Elsa against her will this Halloween.

Lauren Conrad made for a very glamorous Cruella De Vil.

Bette Midler confirmed her queen status when she arrived to her Hulaween party dressed as Marie Antoinette.

Gabrielle Union and Dwyane Wade confirmed that they are, indeed, relationship goals after dressing up as Milli Vanilli.

Neil Patrick Harris and David Burtka, along with their kids Gideon and Harper, killed the group costume with their carnival-themed look. 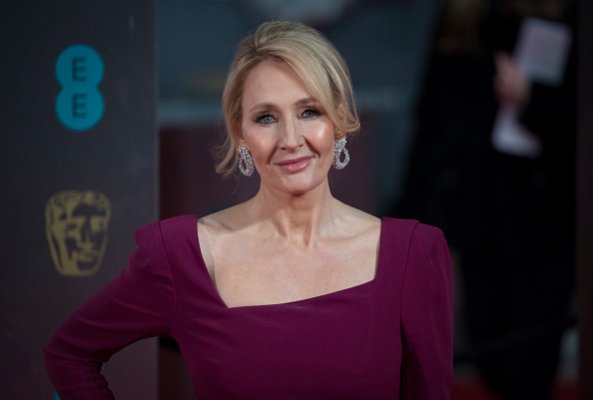 Here's How J.K. Rowling Trolled Trump Over His News Commentary
Next Up: Editor's Pick