A woman in Virginia was killed Saturday after a 12-year-old boy jumped from a highway overpass and landed on the SUV she was driving, authorities said.

Virginia State Police said Marisa Harris, 22, of Maryland, died at the scene while the 12-year-old boy survived with life-threatening injuries. The boy leaped from Interstate 66 and hit Harris’ 2005 Ford Escape at about 4:15 p.m., police said. State authorities said they are investigating the incident as an attempted suicide.

Harris was a graduate student at Marymount University who wanted to help children battling depression, her mother told WUSA 9. The mother, who was not named, also told NBC Washington that her daughter was studying clinical counseling.

Police said Harris was driving with her boyfriend, who grabbed the steering wheel from the front passenger seat and brought the car to the side of the highway after the impact. He was not injured. 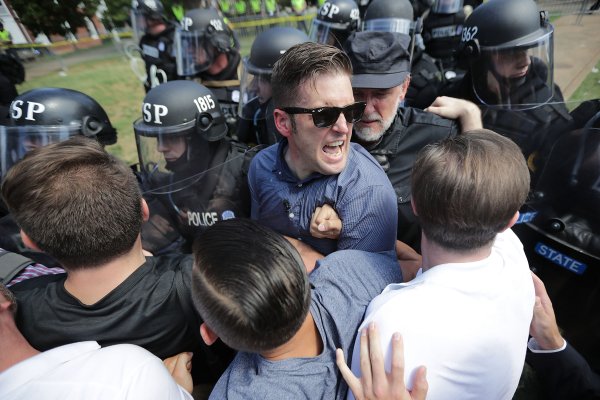